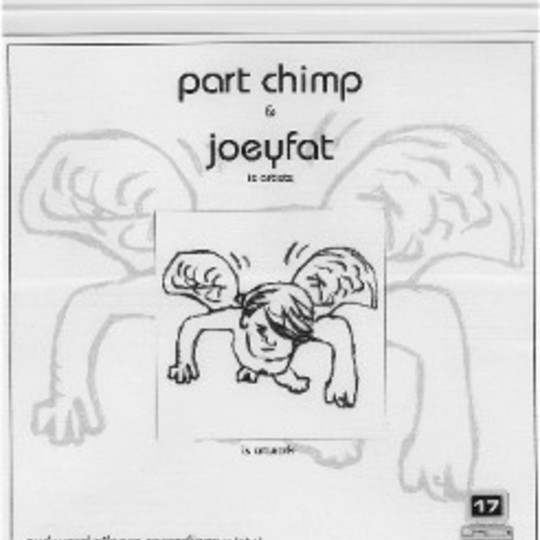 Rarely are split releases quite as interesting as this: with London's Part Chimp, you know what you're getting every time, such is their 'do-what-it-says-on-the-tin' attitude, pardon the embarrassing cliché, but Kent's Joeyfat are, well, just plain weird.

The Chimp clatter through side A with a typically-boisterous 'Crash The High Octave'. It lacks the bomb-blast intensity of their 'Chart Pimp' album, but that may have more to do with my mediocre record player than their always-on-11 amps. Maybe they're doing their flipside buddies Joeyfat a favour, as the 'Fat rarely push their volume knobs past 'mildly-unsettling' (that's around, um, 8 I guess). Still, frontman M. Edward Cole's blabbering about the sticking of flagpoles in himself (no, me neither... something about virgin land?) entertains without the need for excessive noise; experimental indie rock has never indie rocked quite so mentally.

You Are The Quarry