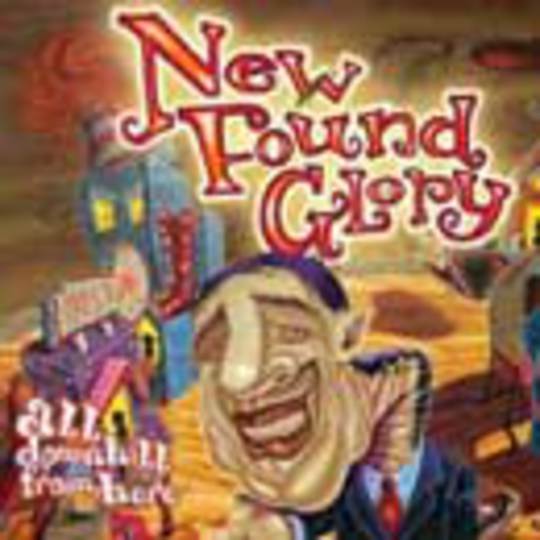 You’ve got to feel sorry for New Found Glory. Blink 182 emptied most of the material out of the pop-punk-for-laughs barrel with 'Enema Of The State', scraped out the remainder for 'Take Off Your Pants And Jacket', and then threw the rest to the dogs. Then Sum 41 managed to beat the scavengers to the chuck-away bin, and by the time NFG got going, the fact that they'd released a decent-ish album behind a really catchy single didn’t help them. They were still in the position of someone who finds something funny in their inbox, forwards it to all their friends, and then spends the rest of the day reading angry missives telling them not to spam mates with jokes that are over three years old.

So I’m going to do NFG a favour. I’m going to pretend for just a second here, that Blink 182, Sum 41, Bowling For Soup and the rest of the funny pop-punk bands out there don’t exist, and that their material isn't traipsing through a landscape that’s so well travelled that even Weird Al Yankovic can’t be bothered to parody it. NFG still have a problem with their new single 'All Down Hill From Here' though - it quite simply isn’t any good.

The intro hasn’t got much of a hook. The slow-then-sped-up verses are boring. The chorus has some chimes and some decent harmonies, but nothing that comes near to touching their earlier material. Yeah, it’s all hummable, but only in that bland, repetitive way that by-the-numbers pop can be. In the past, NFG produced songs that jumped as well as crunched. Now they sound like a band on autopilot, and I don’t know if they’re still capable of better than this, but I do know for a fact that their fans deserve better than this.

Supergrass, The 22-20s at Guildhall, Southampton, Mon 03 May