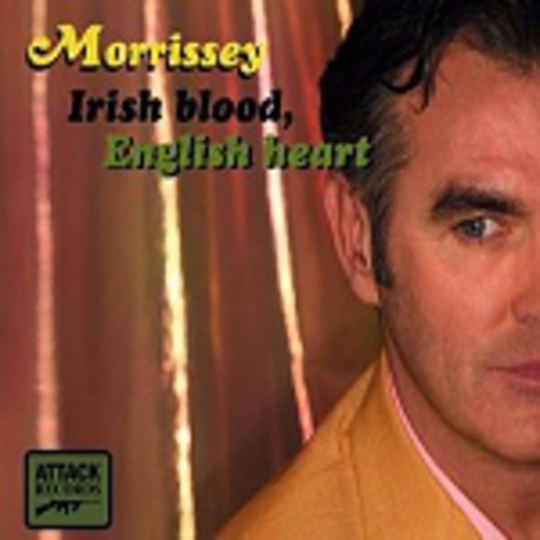 The legacy of The Smiths stands as firm as Morrissey’s inconsistent solo work. But although we can lay the blame for The Ordinary Boys directly at his feet, ‘Irish Blood, English Heart’, is a chilling indictment of everything Morrissey has ever offered comment on and a comeback full of patriotic venom and intent.

Co-written with guitarist Alain Whyte and produced by Blink 182 and Green Day knobsman, Jerry Finn, it’s Morrissey’s most guitar-heavy solo piece to date. Its slow, drum-driven intro verse gives way to fiery, descending guitar spirals (typified by the likes of AFI et al), over the same rigid rhythms that have underpinned all of his music.

Ever Morrissey, it’s an anti-political, republican rant, dreaming of a time when people ”spit upon the name Oliver Cromwell”, refute current politics and regime, and stamp out the ‘pollutant’ Monarchy. His voice, as creeping and beautiful as ever, controls the mix like always, replete with his brooding, dark and ever infectious sense melody.

It’s not exactly 'Suedehead' but still, it remains an intelligent, relevant and wonderful return to form. More than that, it’s something undeniably British that will hopefully re-introduce one of the all-time greats to a whole new generation.