The Green And Yellow TV 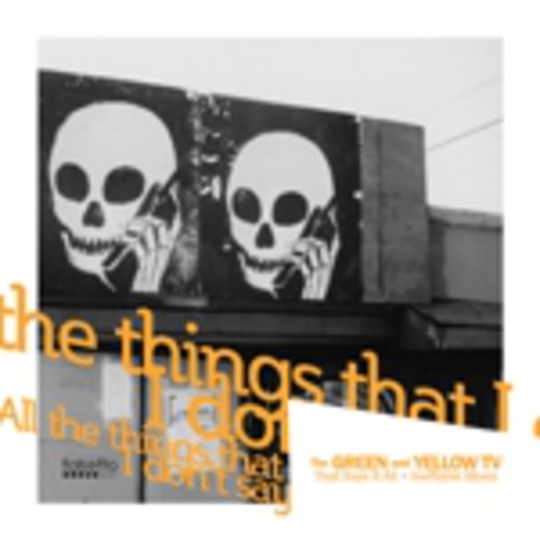 Split 7” singles = good. Here’s a new one from the baby London label which has already brought you singles by Ozma and Rilo Kiley.

While occasionally dipping into Fountains Of Wayne tribute band territory, Californian The Green And Yellow TV’s ‘That Says It All’ is a bouncy summer anthem in waiting. Melodies twist and turn - verse-chorus-verse-chorus-harpsichord break - and it’s all over in the blink of an eye. Each section is perfectly crafted with something interesting going on in each. In other words, it’s how all pop songs should be. Fans of that West Coast harmony thang, go investigate.

Their flip-side companions The Waking Hours are less good, with an irritating nod to Britpop, ‘Sunshine’. It’s a song which has been lurking on the net for seemingly, ooh, ages (aren’t mp3s great?). Still, the harmonies are there again, which just about brings it up to the level of something Noel Gallagher would’ve considered nicking 10 years ago and maybe should now.