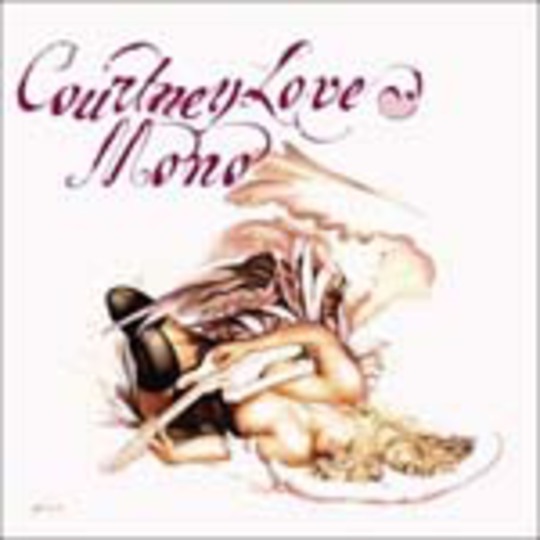 You can take the girl out of Hole, but you sure can’t take the hole out of the girl. Yet although shit and fan are almost synonymous when Courtney is around, you can always be sure that the real first lady of rock will deliver the goods. Rammed full of exquisite Fred Durst-baiting lyrics (“Oh god, you owe me one more song/So I can prove to you that I’m so much better than him… Are you the one with the spark to bring my punk rock back?/I don’t think so”), Love delivers her lines with enough gusto to level a thousand nu metal clones.

Some have already written off ‘Mono’ as some kind of re-write of ‘Celebrity Skin’, and thus completely missed the point. Her band’s final record was a giant concession to the mainstream, sacrificing a good deal of personality in its aim to make Courtney the biggest star in the world. This is its antithesis. Forget about the musical backdrop for a minute, this record _is_ Love – the raw, unfocussed and 100% uncensored kind. And if it’s messy and overblown in places, then it’s an honest reflection of the star’s chaotic life.

To pull off a second comeback single this convincing is some feat and it’s mighty difficult not to get caught up in the sheer bravado of the thing. As Courtney yells “Is this the part in the book that you wrote/Where I’ve gotta come and save the day?” you can almost taste the revolution on her breath. However many copies this record eventually sells, it’ll probably be the most exhilarating thing you’ll hear all year.