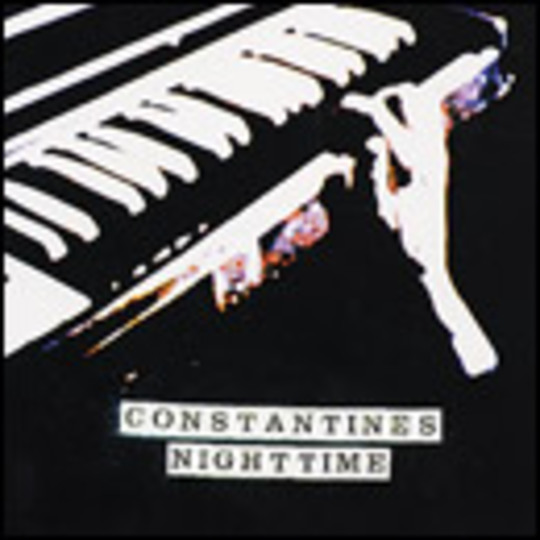 There’s a tiny voice on this record, detectable for a only a second or so. It says one simple thing: “Turn it up!” Damn right, sister; pump up the volume and get down with this rocking joint!

The Constantines, or just Constantines if you’re particularly adverse to the use of ‘The’, hail from Canada, a big country where it snows more than it rains here. Probably. Their fellow Canadians, The Weakerthans, have been waxing lyrical about how great their one-time tour mates have been for some time. They’re not wrong. ‘Nighttime/Anytime’ _is their opening salvo to the UK, and it’s one of those _perfect pop-rock records – one that immediately burrows its way into your brain, but takes time to evolve into a favourite once it’s there. Vocalist Bryan Webb’s claim throughout that “it’s hard not to surrender” rings true after just a couple of listens – this will, eventually, soundtrack your day-to-day life for as long as you let it. Comparatively, it’s only right to mention The Clash, and probably Bruce Springsteen, but the Constantines have as much pop sass as they do punk heart, and don’t weigh the listener down with politics. They just wanna see you dance, sister.

Turn it up honey, my dancing shoes are getting cold.