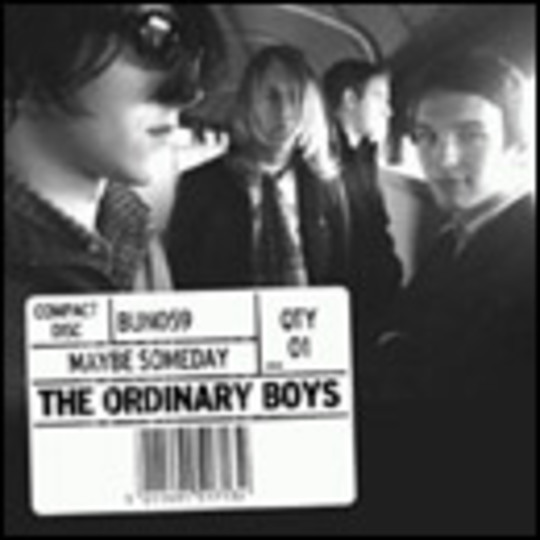 Hailing from Brighton, the young four-piece were at the midst of the one of the most intense A&R kerfuffles of last year. Finally signing with B-Unique (the home of Hot Hot Heat, Aqualung and formerly Saves The Day), the band have since been holed up in a studio with legendary Smiths and Blur producer, Stephen Street.

‘Maybe Someday’ is the first product of those sessions, and it’s easy to see why they were hooked up with Street; The Ordinary Boys ooze the qualities that made the latter two bands the biggest indie stars of their generations. Suitably knockabout and equally idiosyncratic, the two-and-a-half minute lament to intransient ennui sounds like prime Buzzcocks fronted by Billy Bragg, covering Blur’s ‘Popscene’. If anything, two points are made; firstly that British indie is back, and secondly, that The Ordinary Boys have a very good chance of being at the forefront of it all.