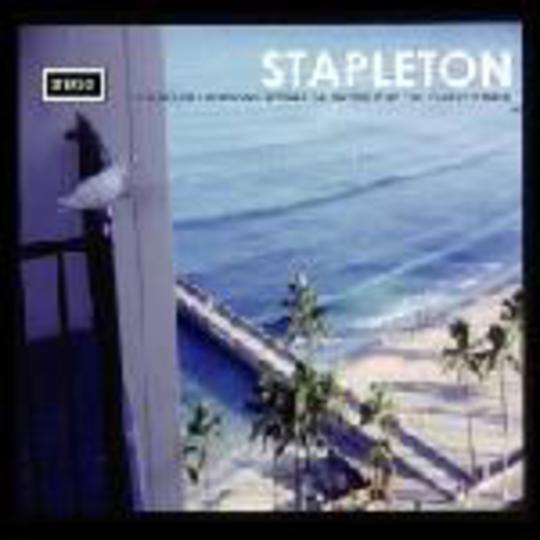 Glasgow four piece Stapleton are something of a rarity in the UK music scene. Using instruments to actually deploy some sense of emotion, whilst still producing great pop records, they would probably fall into the emo-esque-arty-indie-rock category, if such a thing ever existed. Their angular, stunningly inventive sound fails to fall into any current niche or trend, yet remains fresh and innovative.

It's technical, but not over-indulgent, lyrically light, but with dark moments, and though melancholic, it remains resolutely upbeat at the same time. '_Chez Chef_' is a surefire radio hit in-waiting. With its warm hooks and major whistle-along factor, it reminds you what summer was for. Yet it's a million times more complex and interesting than anything you could hope to hear right now. Stapleton have miraculously achieved the feat of using slightly leftfield influences such as Braid, and Spy Vs. Spy to write an altogether more mainstream record, and for that alone they should be praised.

'Chez Chef' simply oozes with kooky charm, and definitely has a lengthy shelf-life. It won't quite grab the attention of the big leaguers just yet, but if all was right with the world, they'd certainly catch on.