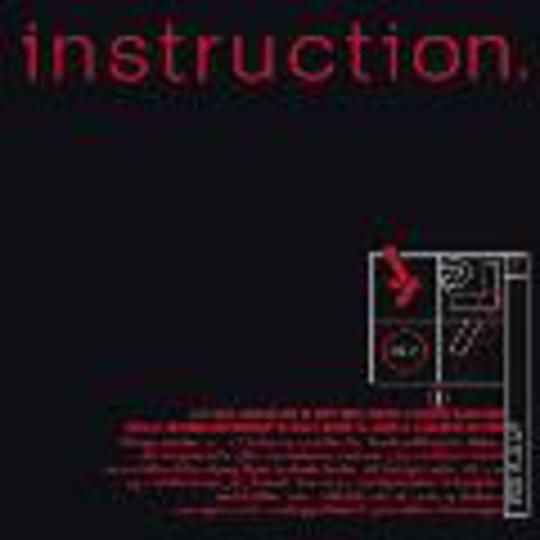 One kick-ass EP, showing everyone else how it's done at the Leeds festival, rocking Donnington to it's core (twice in the same day!), and gaining fans around the country by touring with some of the UK's brightest rock hopes (Hell Is For Heroes, Funeral For A Friend, Hundred Reasons, Biffy Clyro**). What's left for Instruction to do?

For a band essentially still in their infancy (they've been together about a year), Instruction sure know how to pen a good rock song. Akin to the **Foo Fighters** when they were any good, this New York crew have all the guitar hammering, taut riffery, and furious melody you could shake a stick at. There's still no one else around that has vocals to match Arty Sheperd's throaty snarls, and, when all else fails, remember they've got Tom Capone of Quicksand on guitar.

It's all your favourite rock bands stuck through a mincer and churned into a solid formation, playing what should be the anthems of a new rock revolution, if there is such a thing.

B Is The New Way