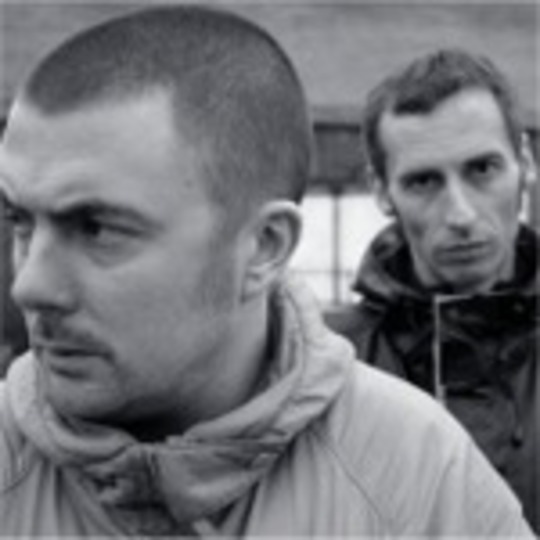 If you thought The Streets *were, erm, from the streets, telling you like it is _“at street level”_ (more like student level) or that *Dizzee Rascal *provided a much grittier interpretation then you may be mildly prepared for *Acarine. Forget the streets, Acarine are from the underground. Telling you like it is from the seedy shadows of those dimly lit backstreets, from the riotous football terraces and from the front seat of that beat-up Jag on a mission with a couple of dodgy geezers behind the blacked-out windows in the back. They’re not the kids with big flappy basketball vests and Mecca pants, they’re the smartly-dressed geezers clad in stone-island jackets with bull necks and a piercing don’t-f**k-with-me-kid gaze who just showed you up for the pathetic small-time kiddie dealers that you are.

This is Acarine’s world. The kind where Dave Courtney invites you to his house, Camelot Castle, where Gary Bushell invites you to his book launch and where they’re name-checked in books documenting football violence. But while you might imagine them to come out with some cringe worthy football-terrace oi-chanting alongside some similarly terrible *Sham 69 *style punk playing, Acarine will definitely surprise you. Thanks to some quality Hoolie boy rap-work Oxford’s Acarine strut along to the kind of Brit-hop beats, sinister strings and sharp lyricism that helped Mike Skinner gain himself a Mercury Music Prize nomination in The Streets last year. And it sounds rather ace, in a shifty, lairy kinda way.

While this is being released on limited edition 7" via their own label, the small fact that they’re managed by the same company that also looks after Moby and *Royksopp *should ensure things run a little more smoothly come their next relese.

Hope of the States at ULU, Camden Town, Fri 10 Oct