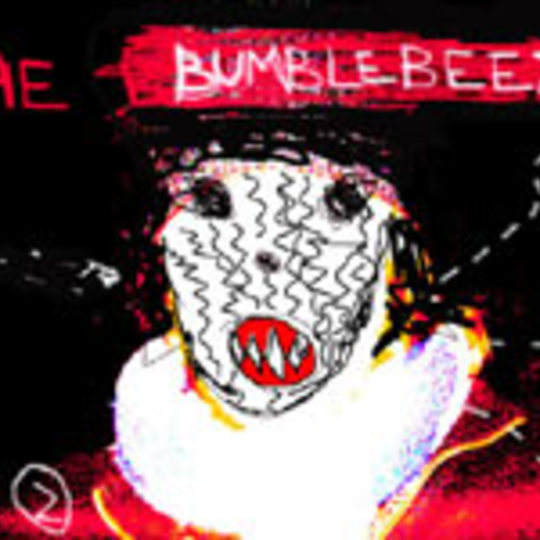 Music lessons at secondary school. When you were subjected to the classes rather than actually chose to be there. Did anybody else’s consist of anything other than staring vacantly at a remarkably pristine Casio keyboard you could play on at your own peril, under the watchful eye of Mrs Trunchbull-or whatever her name was! But oh! those pre-programmed ‘demo’ buttons were sweet. A fact I’m sure The Bumblebeez would agree on, since ever-so occasionally they slip into something reminiscent of jingly-jangly Casio tones that would make even Jacques Lu Cont squeal with envy.

White Printz offers a healthy blend of sample-laden digitry, incorporating of all things what sounds like the centre court at Wimbledon, a hip-hop freakishness with an intelligently contradicting technological fetish, and all this quite surprisingly sandwiched between coarse, sexy-as-hell, dirge-ridden rock.

If you thought you’d witnessed the extent of art-rock revolutionaries in the form of Franz Ferdinand think again, striving for instinct and vibe over perfection The ‘Beez are more than competent of making articulate artistic statements on their own. ‘Microphone Diseases’ is a shining example, which quite frankly can only be described as, funky as fuck.

They have a crudeness and urgency that a secondary school music lesson would command, only with the freedom an oppressing music teacher wouldn’t allow. It may appear messy in parts, but it’s god-damn honest, and honesty sure is the best policy. And sexy, did i mention it was sexy?! It's god-damn sexy too!