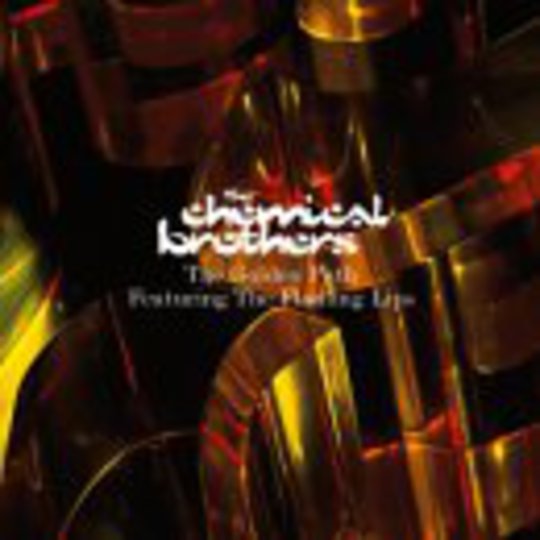 Perhaps a few years ago, Wayne Coyne might have been rather excited by teaming up with Ed*’n *Tom; the electronic pioneering duo wanting to work with him; weirdy-beardy pop pioneer, imagine!. However, you get the feeling that it’s probably the other way round now; a mark of the seemingly bottomless mineshaft of a dip that Chem’s career trajectory has taken.

So anyway, greatest hits thingy coming along for the politest chaz-bangers in dance, therefore new lead-off track needed. And ‘The Golden Path’ is certainly an interesting affair. Oddly, it sounds like nothing more than an outtake from Talking Heads’ grand opus ‘Stop Making Sense’, all stop-start rhythms combined with Coynes ‘Wizard Of Oz-influenced’ sing-song narrative. It’s a good enough tune, peculiarly catchy, and no great shame to anyone’s profession.

But ultimately, it’s as odd a result as the mismatched collaboration always promised; an interesting quirk in the landscape of daytime radio, but like the heyday of the Chem’s career, destined to be vanishing past us any minute now.