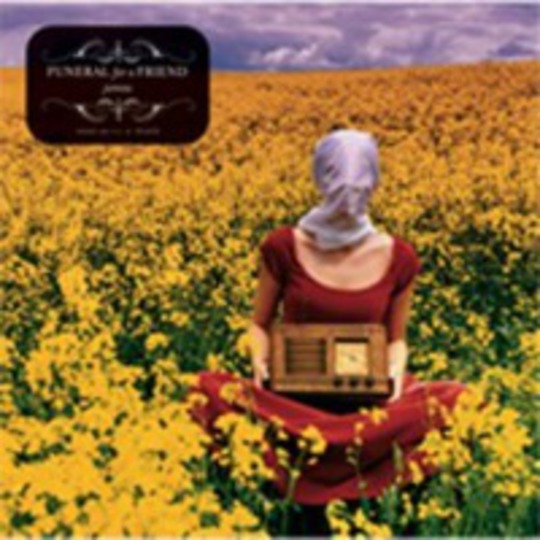 There are no two ways about it. This single from *Funeral for a Friend *is hitting the TotP/CD:UK end of the charts. They've managed to explode all over the UK's rock scene in a matter of months, with tours galore and EPs packed to the brim with emo-rock-metal kindness. It's a formula that has served them and us equally.

This is their first single, in that it's 'chart eligible'- it has one track less than their previous efforts. Those on the ball will see that this is the third record the lead track has been on after being "The Song Formerly Known as Juno" off the debut EP release as well as on a *Fierce Panda *compilation a few months ago. This time it's on a major label (woooo!) but let this deter thee nay. It's been re-recorded enhancing the tenderly fondled opening riffs, the soaringly emo vocals, the crunching disarray of carefully manhandled guitars. They've enhanced it all with a superior production, a new vitality and vision and added a French aspect to the show. It's merely a development of their sound. Don't worry, they're still new enough to sound "raw" and "essential" to the newbies.

A main strength of previous releases has been the depth of the songs. It hasn't been the case so far that there was ever a lead track with three others; always four great songs. It's the same here, but with three. This level of quality is mainly down to the fact that they're all old songs - two re-recorded and a live version. I guess they're just sticking to what they know for now. Tactics, son! 'The Getaway Plan' is the oldest coming during their inception and it is perhaps the strongest. With everything that bit fresher, crisper, softer - more raw and essential - it cuts the crust with a sweet venom, possibly spat from a trouser snake.

There was never any doubt that Funeral for a Friend would go very, very far.