Breakin From A Jailhouse Blues/You Ain't Foolin' Me 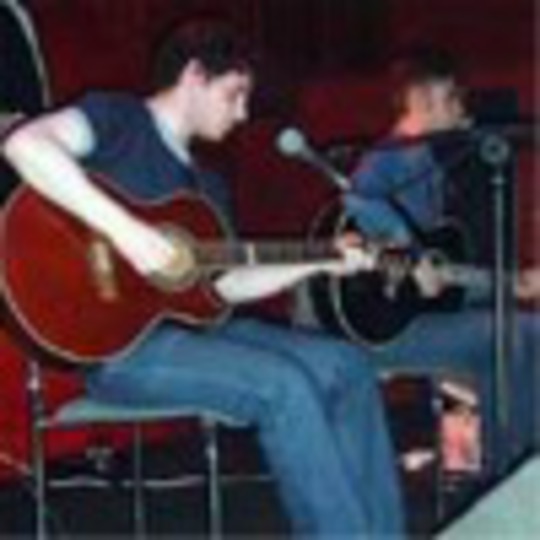 Two Scousers playing deep-south acoustic blues circa 1929: why-oh-why would you want to listen to a combination that sounds like such a recipe for disaster? Hopefully, the reason would be precisely because it _is_ two Scousers playing deep-south acoustic blues. For although on paper it might not look like the most appealing of partnerships, on vinyl it works very well indeed.

‘Breakin’ From A Jailhouse Blues’ and ‘You Ain’t Foolin Me’ are filled with tickling banjo-like guitars and dressed with gravelly vocals straight from the cotton-picking fields of Kentucky. This double A-side release from the Liverpool based two-piece is a true breath of fresh air. During the current slew of axe-wielding Aussies and smelly-haired New Yorkers saturating the new music scene, The Hokum Clones are the only group who can claim to spoon out such quirky, bluegrass rhythms. Both tracks on this limited edition 7” are crafted takes on good-time country blues. Danny Roberts’ and Rob Stevenson’s scratched, 1930’s stylings are playful jaunts more at home in the Robert Johnson/Howlin’ Wolf songbook than sprouting from the banks of the Mersey in 2003. But it’s a case of one step backward, two steps forward: the Clones’ wry reinterpretation of their heroes give them a fresh, individual sound that sounds anything but derivative.

Having already supported The Coral and Richard Ashcroft, and now opening for The Polyphonic Spree, The Hokum Clones show the recent batch of blues-obsessed bands not only how it’s done, but more interestingly, how it was done. If you think [insert generic garage rock band here] are rootsy, check this out.