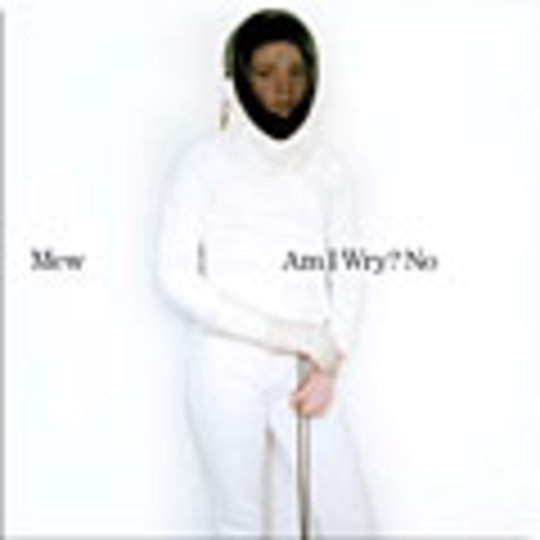 Proving it’s not all bacon and leggy blondes, Denmark’s latest export is the indie-symphonist four piece, Mew. This re-release of last September’s ‘Am I Wry? No’ could well be a money saving major label venture to re-use all the unsold products and con early fans. (Am I Wry? Possibly.) But even if it is, it doesn’t detract from the fact that Mew are one of the most strikingly distinct new bands in years and that it’s a pretty damn good record too.

Jonas Bjerre’s candy floss falsetto often falls foul of ye olde translation barrier, but it’s all part of Mew’s inimitable charm. ("Can you tell me exactly how I should have done?") The opener from their debut LP ‘Frengers’, ‘Am I Wry…’ veers from the fanning, descending Manics-pop guitar of its intro through luscious (sadly, synthed) strings and some fantastic stuttering rhythms that recall the inventive ricocheting of arch pummeller, Jimmy Chamberlain (Smashing Pumkins).

The time-changes and mood-lifts blend almost seamlessly; and their attempts at creating the kind of lavish, jump-start arrangements that Radiohead pioneer are admirable. As epic and sumptuous as it obviously is though, like their fellow bombastic semi-namesakes, Muse, something gets lost along the way. It just lacks the heart-rending affectation of Sigur Ros or the recent Maximillian Hecker LP (despite being as pretty as both), and as the lyrics go, that indifference is really killing me, because you’ll hear Mew and really want to love them.