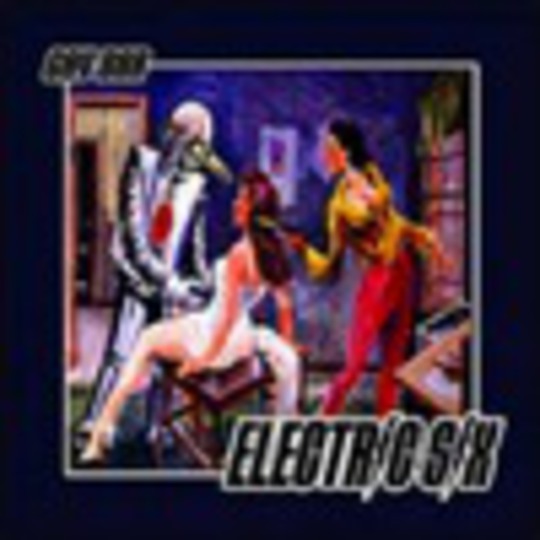 Theoretically, the latest Electric Six single ought to qualify as that most vile of things, the over-polished to the point of lifelessness rock song. Every song on the cd walks a tightrope between rock and pop, rough and polished, heavy and slick. They take distorted guitars and polish them up on the production, a technique which is so often the kiss of death for a song that should have been great - and yet somehow Electric Six have made it sound good. This probably has something to do with the spitting sneer of the vocals - they just drip contempt and disregard. Coupling this with the uneasy balance of the music you get an exaggerated, deliberate insincerity, and it works.

The ricocheting guitar line of the title song develops into surging electrical noise under jeering vocals with a confrontational edge to them, and this pretty much sets the tone for the whole record: the slightly unsettling 'Don’t Be Afraid Of The Robot' (next line: "Don’t be afraid of my love") which has a suitably industrial grind to it, the blustering rock of 'Take Off Your Clothes' with its unexpected hints of insecurity. This record has all the ingredients of a brainless adrenaline thrill, but it doesn’t quite fit neatly within the lines. Which figures, really, when you look at the press release with its claims of apocalyptic aspirations... and then contrast that with the ‘We don’t care as long as people buy our music’ interview. It would seem that someone in this band has lofty aims which the we-just-wanna-rock others haven’t signed up to, and if that carries on producing this perversely pleasing chemistry of contradictions then long may it continue.

A quick footnote: this balance doesn’t quite work at the subtle level required for quiet music - play this record LOUD, however, and you will be rewarded.