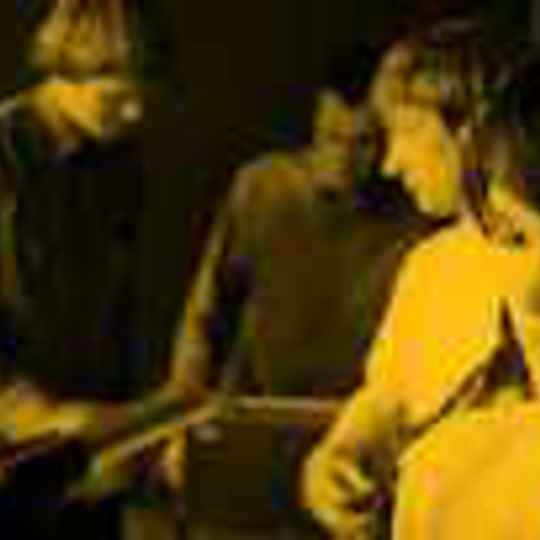 You just wish they would wake up one day and say “let’s explode!”

Or really _do_ something. Or do nothing ever again. But like a space capsule gone astray and drifting further into the milky blackness; fainting, intermittent signals are still being received from the increasingly distant Broadcast.

With Young Marble Giants’ masterful ‘Colossal Youth’ as a blueprint and the BBC Radiophonic Workshop’s sound-lab creations as inspiration, Birmingham’s Broadcast follow Stereolab and Pram into the realm of woozy, jazzy, lo-ish-fi space drone; skittish and scampering like a nocturnal rodent.

Trish Keenan’s vocals are at once serene and emotionally detached, “sunlight creeps across your pillow / silver leaf falls from the willow” she sighs on ‘Small Song IV‘ as if distracted, watching doves circle the Rotunda while the music she sails through crackles and buzzes. Meanwhile, ‘One Hour Empire’ sounds like a free-jazz interpretation of a soundtrack to some 1950s sci-fi B-movie. It’s all very atmospheric and entrancing in a way, in its own curled up and trembling way, but too precious and self-conscious to be fully engaging, it’s like looking at the curiously sad faces of anonymous people in very old and yellowed with age photographs: it beguiles you with its vague sense of melancholy but the fact that you’re in two different worlds excludes you from understanding anything tangible about the other.

The title track on this six-track EP does its best to reach out. As Keenan’s mellifluous vocals hover on solar winds, ‘Pendulum‘ rasps and rattles along energetically sounding like the sort of music to listen to whilst taking the moon buggy for a spin around the Sea of Tranquillity.

This is Broadcast at their warmest and grooviest, like they‘ve finally snapped out of their reverie, finally come back to Earth. It would be nice to think so.