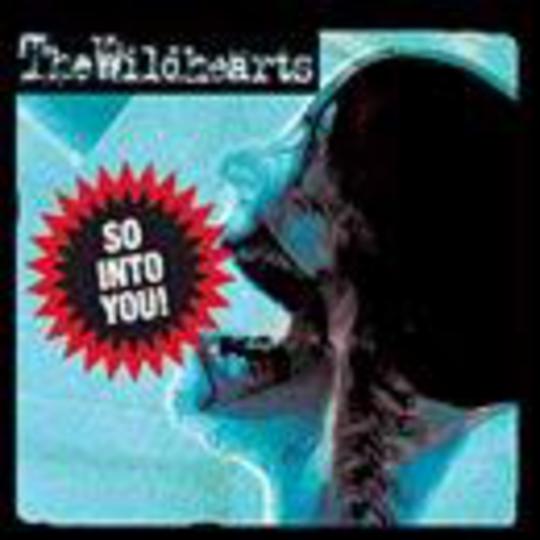 The Wildhearts are well-known for writing B-sides that normally outshine the A-side, and in the case of their latest offering this is a bloody good job, because 'So Into You' is not an altogether brilliant track. What's good about it is that it has a hugely infectious verse, it gives Ginger and CJ a chance to show off what is essentially a vocal combination made in heaven, and it gives the entire band the opportunity to rock like bastards in the chorus. What might disappoint some is the lack of direction to the song - whereas their best songs give you the sense of being taken on a journey, where rhythmic twists and turns constantly surprise, in its most recent offerings the band have been relying increasingly on their ability to write a good tune.

But those B-sides... A straightahead rock & roll number like 'Dancin'' could be accused of being throwaway if the vocals weren't just brimming with passion, and from then on things just get better. Working under the guise of trademark Wildhearts songs (mega riffs, staccato verses and HUGE choruses), these tracks pull the rug from under you, launching into a hyperactive guitar solo or else sliding into a heart-melting middle section that leaves you trying to remember when a song last touched you >there<.

There's nothing quite as eclectic here as on earlier offerings, and ultimately the emphasis is on big, big tunes of many varieties. But I challenge anyone to listen to 'Lake of Piss' and come away without the song buzzing around in their head. Even if 'So Into You' disappoints, there's plenty of material here to keep you going until the band's next album, The Wildhearts Must Be Destroyed, is unleashed after the summer.