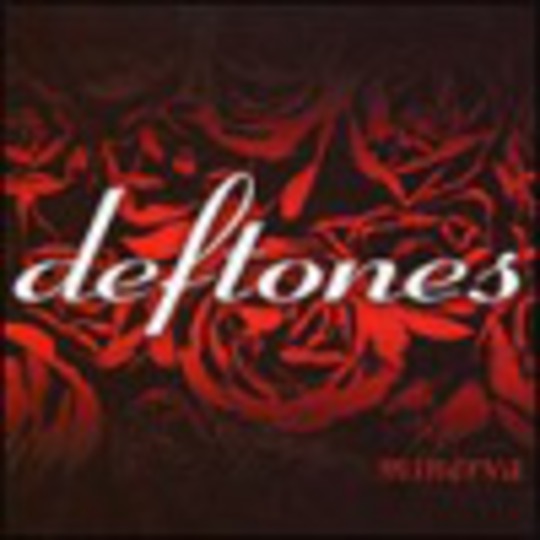 It was the return of the Deftones. It was triumphant epic-ness straight from the purple shores of Star Wars. It kicked the security outtatha way and stood preaching from the throne of Dubya the Nazi. Glowing in the light of Muslim godz. Glowing in the neon green of the pollution that flooded Chinos lawn and the grounds of millions of other beardy, butt crack waving, clones. They didn't like much. But they were proud and shining.

Years from now people will look back and wonder if this is, was, will be, sigh their finest hour. Were they going through ‘a phase’ of Tool-scapes? Or had they been taking the bits people liked from the first three albums, rocking ‘em in the lab with Marilyn’s crazy kids and feeding them to a select market dissection of sportz-metal loverz, until the solution was perfect? Maybe the plot was thicker than a Mr.Man book. Was this the cruel plan all along? Give the people what they want, then give them what we want to give them? Stuff they would have missed, ignored and not respected otherwise. Take the world over from within?

The truth be told, word on the street with no name - where no-one can understand a single word Chino is screeching and falsetto-mo-ing on about - is that this is louder, more abrasive, more de-di-dah-DUMM-DUMM-SMASH than anything their pussy-licking peers could hope to ever hit the world with. Truth be told, this isn’t what you'd expect. They've been listening to Mogwai and maybe even some Oceansize (of course the biggest bands in the world rip-off the smallest, like dur, major corporations steal ideas all the time, why can't major bands?) and probably are now crownable as the Radiohead granddads of neo-metal, but when it goes de-dih-de-CRASH-SMASH-dummm-SMASH-dummm-di-dummmmm-DAARRAGGHH it rising up inside you and the rest of the world disappears, just the way we like it. It's right then that it all makes sense. And it ain’t often that things round these parts make sense.

Philosophers across the world were not sure about the b-sides. One went RAAAGGHH lots for four and a half minutes. The other sounds like ballroom balladry (no, REALLY!) and Sinatra is bound to kick in at some point. The world held its breathe. But he never does bust in. Nobody listening knew any Sinatra, so no-one tried out any karoke. The End.. or is it?

Footnote:** Pedants the world over agreed that at this time it was impossible to tell what was going on without hearing the full length album. The world waited.