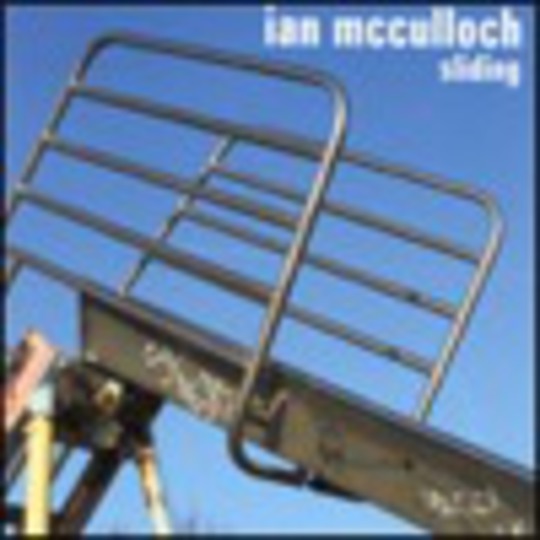 Okay, don’t get your raincoat and dirty scowl out just yet. Eighties Echo & The Bunnymen made mad epic tunes of lip-curling swagger. In some parallel universe, U2’s songs of faith and flag-waving would have been usurped by Big Mac’s stadium-sized ego and the Liverpudlians would now be sitting astride the Albert Hall instead. It didn’t quite happen that way of course.

Electrafixion and the ever-diminishing reformed line-up have had odd glimmers of genius since (‘Lowdown’, ‘Nothing Last Forever’) but the dark rage of youth seems to have muted. A furious band argument then was ignited when Ian McCulloch named the song ‘The Back Of Love’, in a band that didn’t ‘do’ love songs, provoking ever so surreal discussions in whether a song about ‘the back of love’ was actually about love.

Would ‘Sliding’ create such fury? Only the honey and silk-cut larynx elevates this song from being paint-by-numbers AOR.