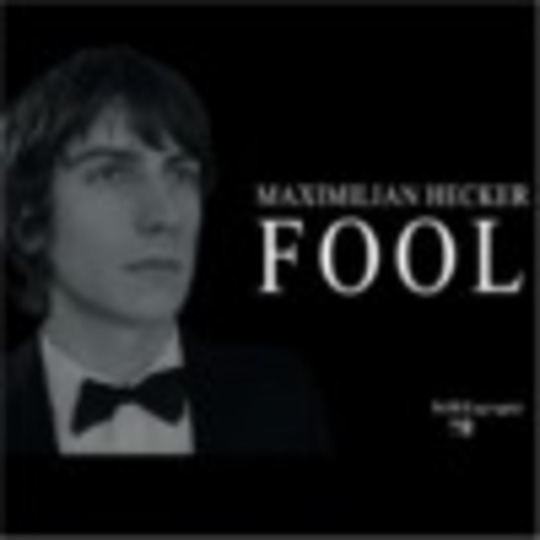 Goodness me. If Maxilian Hecker isn’t stalkerishly intense in real life, he’s putting on a pretty good show here. Obsessive in its passion, ‘Fool’ forgoes any kind of detour, backstory or self-aggrandising trickery for a four minute profusion of unreturned devotion.

And I’m buying every second of it. Sincerity by itself is nothing. I’m sure I could sing totally sincerely about heartache and boredom and the declining standards of British children’s television. But I’d sound about as pleasant as a guinea-pig on heat. Whereas Hecker’s delicate vocals and knack for an insistent, poppy melody puts chancers like, say, Jeff Buckley to shame. ‘Fool’ floats nervously, but effortlessly, despite the weight of a heavy, lovesick, heart. Rather unlike Buckley, as it would happen. Ahum.