Make Me Smile (Come Up and See Me) 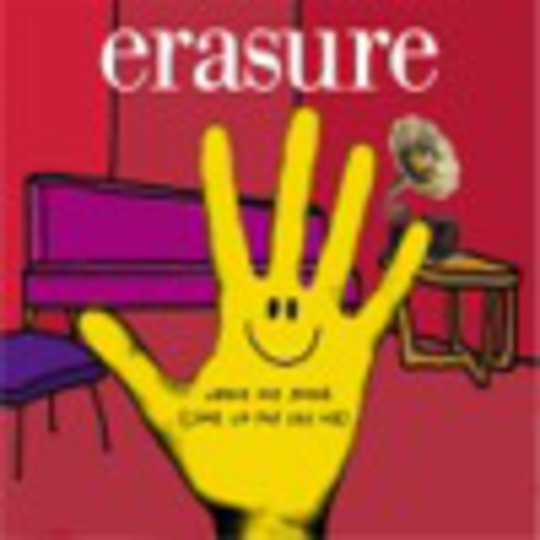 Subtlety, understatement... pah! Who needs them? Mine’s a campari & coconut. After a few years when they became surprisingly introspective and filed away the arse-less flares to the darker depths of their wardrobe, Erasure have recently returned with a covers collection of some of their favourite pop bits.

It's not an entirely original concept, but if anybody’s going to karaoke-up with the requisite sense of self-ridicule and joie de vivre, it's Erasure. Whilst Gareth Gates may seem truly pained as he Butlins his way through ‘Unchained Melody’ and ‘Suspicious Minds’ (though doubtlessly less than the audience), Andy Bell sounds as if he's grinning like a buffoon.

Other ‘Pin-Up’ (Bowie reference there - Singles Ed) albums are usually doused liberally with Leonard Cohen compositions or Dylan obscurities, so its refreshing to see Erasure embrace their true passion for the three minute single. It's not a patch on the original, but it is still a sprightly little thing indeed.