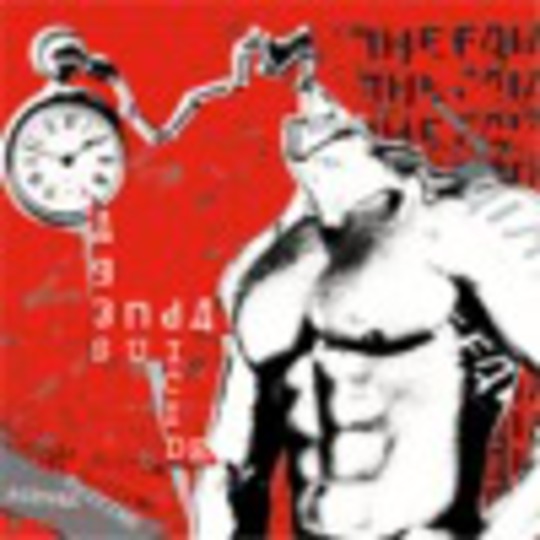 Bleep bleep bloop bleep. Toot. And so it has begun. Electronic music is no longer clasped tightly to the chest of wiry-haired library enthusiasts. Mop tops and jeans and top shop frequenters have taken over the synth. Waaaaay.

Track two, the recordist’s club mix of the A side is the better of the two versions. It’s a little slower to begin with; teasing you a little and breaking you in, like a new sweater. And then the drum beats kick in and before you know it, you're on an uncomfortable Blair Witch of a journey.

But it's 'Falling Out Of Love At This Volume' which is the best track on the single. It gives off a more relaxed and less intense vibe, whilst still being quite daunting.

The Faint have put something of a calling card together for eighties electro. Snatching snippets of Cabaret Voltaire, Soft Cell, Heaven 17 and the like. There’s something almost cold and sterile, yet exuberant and exciting about their sound. It’s dark and mysterious, often quite chilling, sometimes a little too serious, making it actually quite laughable at times; like an old black and white horror movie. But it’s there that their true magic lies. This is yesterday's bleary and distant look at tomorrow, filtered through the drudge of dance and rave and techno bop bop and turned into something that the cast of Star Trek or Buck Rogers will happily dance away to. In other words, this could just be the (electro) future of music.

The Creek Drank The Cradle