The Creek Drank The Cradle 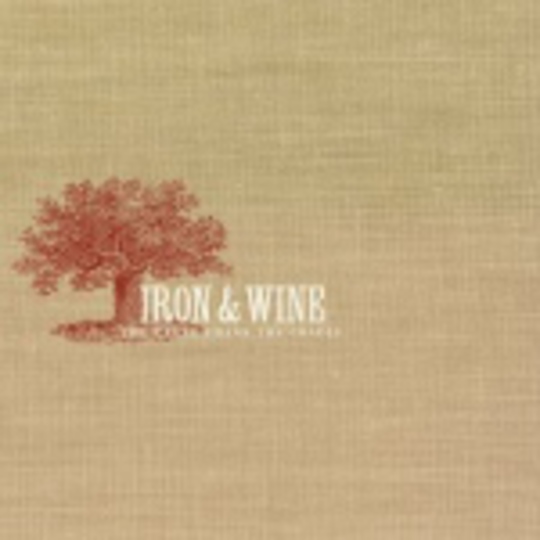 Sam Beam is a cheat. As his half hung-over voice wraps itself around album closer 'Muddy Hymnal', guitars slide and strum and waltz with all the wounded beauty of a classic Deep South country-fried folk record. So just as you've got him sussed as some strange bearded loner who calls his songs things like 'Southern Anthem' and writes all his songs drunk on Jack Daniel's in a hut by the Mississippi River, you find out where he lives. Miami. Luckily though, we're not so zealously 'indie' that you're only a credible country artist if you're a hillbilly hick called Hank who wears Stetsons and sleeps with his sister. Especially when the music's this good.

In fact, 'The Creek Drank The Cradle' is irresistible. Made entirely from bluesy whispers, fragile harmonies and bits of broken heart, Sam Beam's first full-length record has the home-made warmth of Will Oldham, the heartbroken lilt of Elliot Smith and the folk-ridden melancholy of Nick Drake. Notice how 'Bird Stealing Bread' sounds like an even more depressive Kevin Tihista, or the plucked banjos and slide guitars jarring against each other on 'Faded from the Winter', and it becomes clear that Iron & Wine is no thirty-minute fashion statement, nor a tired re-hash of popular influences (Turin Brakes have the same influences, and look how they turned out).

"Love is a tired symphony you hum when you're awake", Beam sighs on the opening 'Lion's Mane', "love is a crying baby, mama warned you not to shake". While its lyrical themes - loneliness, death, the fumbling awkwardness of love – are neither new nor original, Beam is still able to recite them with reams of poetry and world-weary imagery similar to Steinbeck’s classic 'The Grapes of Wrath'.

There are some criticisms though. Sometimes it's so quiet that you have to pinch the CD player to check it's still awake, and the gruff banjo & voice strum of 'The Rooster Moans' doesn’t really work here. He's also not quite on the same level as some of his peers, lacking the experience and lyrical genius seen in the new Bonnie 'Prince' Billy album, and his pared down sound inevitably lacks the freewheeling invention seen on Calexico's 'Feast of Wire'.

Yet on its own merits, 'The Creek Drank the Cradle' is a quiet triumph; a masterstroke of lilting, literate, whispered and impassioned country-folk that sets Sam Beam out as one of America's finest new songwriters. Almost enough to get the blues for...