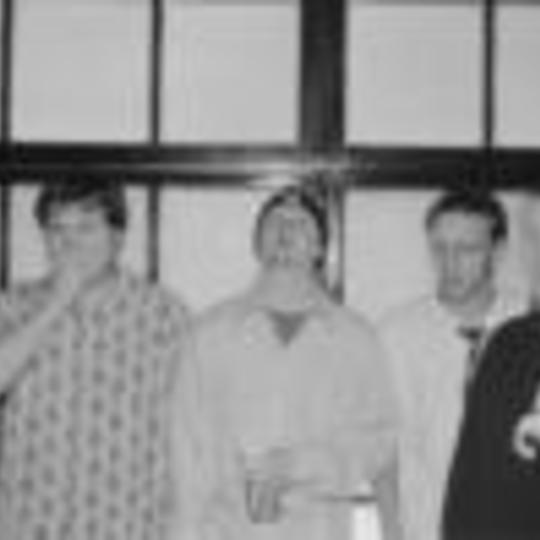 The shadow of Mike Patton hangs over Lamb Quartet, but in a good way. It’s a compliment to the way these 3 tracks switch styles between hardcore, ska, rap rock and play around with with tempos and riffs.

The production is sharp, and little touches like the xylophone on ’Daycare’ show they are far beyond just rocking out. Not afraid of a melody like a lot of the shit around today, this is the type of band that should be on the front of rock mags, not bastarding money grabbing Metallica.

They're far too good a band to be called quirky - it’s not like they wander around onstage wearing Mr Potato Head masks with their old chaps hanging out - but don’t be expecting po-faced rock anguish here either. It’s a frighteningly tight blend of styles, and I know I’ve mentioned Patton once already, but they’re the closest thing to Faith No More that there is, in terms of sounding like they naturally mix it up.

A great intro to a band I need to hear more from. And have to see live.