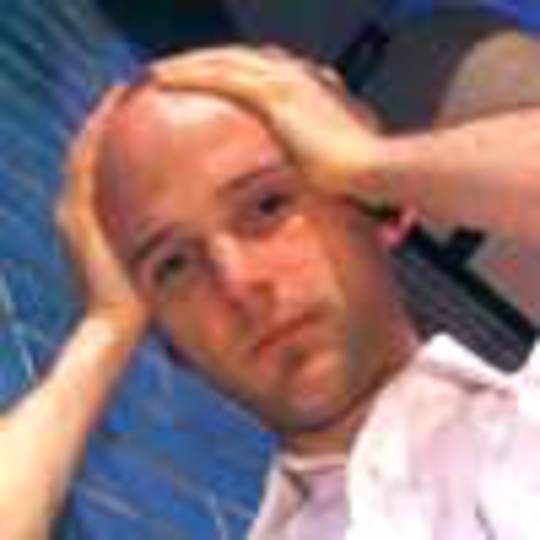 Well, the A-side single reviewed herein is typical Moby fare. It's got the mellow strings, the repetitive shuffling electronica beat, the usual three or four chords.

He's not going out on any limbs, not being very adventurous with the "radio mix" of this one. I can't say that I'm all that attracted to it--the strings sound synthesised and the chord buildups are lacking the emotional power that makes me like some of his other stuff. It's not bad... just kinda radio.

The second B-side, ‘And I Know’, is more interesting. It's nineties-throwback electronica, with unashamedly synthesised sounds and a crunchy muffled vocal, and just generally sounds a bit more stimulating. I almost thought it was Depeche Mode for a minute... almost.

Moby fans will enjoy the video and being graced with his musical presence; the radio will play this single and people who are just crossing over into dance music from the pop-ghetto will buy the single (grown-ups and students and the like)...; but I didn't find it exciting enough to expect it to do much for anyone else.