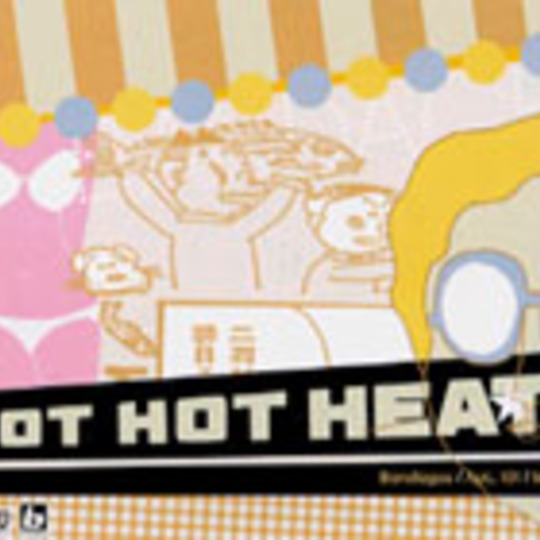 Garage punk is, like, _SO_ last year, right? I mean, only dedicated NME fans actually (pretend to) still like that stuff, right? So, Hot Hot Heat must be waaaaaay behind the times, unoriginal and generally dull as fuck, right?

Well yes, yes but NO! Behind the times and unoriginal; guilty as charged but this band have got something that must be akin to, as my mother might say, having ants in yer pants. Everything about 'Bandages' SCREAAAAAAMS “hello, we were once a punk/ska band but then we realised that grrrage punk/indie was where the money’s at, only it took us a year to get it perfected. Oh I _DO_ hope we’re not too late!”.

With a sound that lies somewhere between the reggae and ska beats of Reel Big Fish and spiky, faux-unrefined guitar-pop of The Coral, I realise I should know better than to encourage this. But the bottom line is, the song’s funky as hell in an addictive caffeine-junkie sorta way and I fucking LOVE it! It stinks of vague, drunken memories from Friday night at a packed out Indie/Rock club, and of dancing around the living room in your pyjamas as it plays on MTV, both in equal proportions. It’s the song that turns the mosh pit into a dance floor and it’s the one that’ll have the muso’s swearing in the first 10 seconds, despite their compulsively tapping toes.

And where The Coral disappointed with an album full of utter drivel after the double-vodka-red-bull promise of ‘Dreaming Of You’, if these B-sides are anything to go by, Hot Hot Heat are gonna be keeping up appearances with the sound track to all your most embarrassing memories for the foreseeable future. Amen to that!

Get Rich Or Die Tryin'