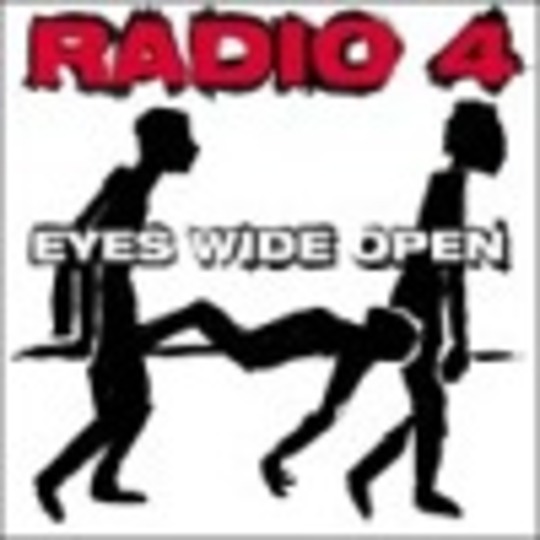 What came first; the live date or the single?

Coinciding with their appearance at the King's Cross Scala, Radio 4 have re-sent previously-released-as-a-7" single 'Eyes Wide Open' back into battle wielding a spiky DFA production.

And, its well; punky and funky. And it has a turbo charged bass, and chop-sockey slashing guitars, whilst singer Anthony Roman (also responsible for the bass pummelling) yelps suitably incomprehensible lyrics (perhaps politically charged, definitely involving Frank Sinatra). It is, in fact, **Radio 4 Clash**.

And to be fair, its not bad. Good even. But it's not as good as the band's previous, genre-establishing effort. Remixes of 'Struggle', however, handled by dub-pro Adrian Sherwood, are bad, and simply make the band sound like The Fine Young Cannibals being fronted by a Dalek.