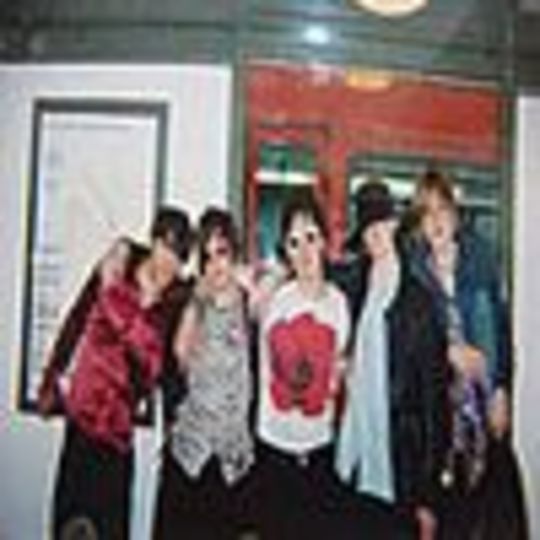 The Dawn Parade is a most unique and special band for a number of reasons. Firstly, you could mention their seemingly effortless ability to produce a rare blend of music with both feral and romantic qualities whilst still managing to rock. And secondly you could draw attention to the fact that they understand the importance of producing music which matters to people, much in the same way as The Smiths did in their day, and lets face it, it’s about time there was a band like this, don’t you think?

Needless to say then 'Caffeine Row' does not disappoint and signifies that * The Dawn Parade * has well and truly arrived, and builds on the critical success of their previous EP ‘Electric Fence Your Gentleness’. Any credit that they now receive as a band really is well and truly deserved.

With Greg at its helm anything is possible. He blends many of the qualities characteristic of Morrisey such as his intense longings and musings with much wit and complex observations. Indeed, some of his lyrics show an extremely rare insight into life which few songwriters ever seem to achieve. This being so it is truly difficult to pick out just one good example of his writing as it is all uncommonly excellent. However, if pushed to choose a particular favourite extract I would say it was from the second track ‘Wider than the January sky’, where Greg proclaims that

‘There they stand, in ruins in the afternoon sunlight no more than an embarrassment of long abandoned splendour and your eyes – wider than the January skies’. And you don’t get that from Busted now do you? Or One True Voice for that matter!

But as has already been mentioned The Dawn Parade can also rock. The opening track ‘Caffeine Row’, particularly so with it’s catchy hooks and upbeat tempo. The Second track although less rocky still manages to sound really rock and roll especially towards the end where Greg almost takes on a Bono – esque persona. What a man! And the last track is just testament of how versatile the band is. A truly touching and tender end to a beautiful 15 minutes of music.

Pleased To Meet You Earth