Lover I Don't Have To Love 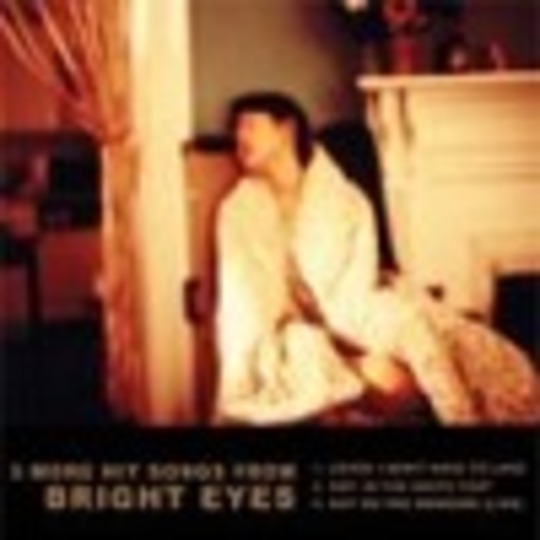 Bright Eyes, bright young thing. Native of Omaha, Nebraska, 23 years of age, five albums to his name and a slew of solo projects in tow.

Its only now that the gifted misanthrope has really come to the fore, with a sold-out tour underway and set to hit London imminently.

This single then, is his first break into the consciousness of the general public, and its quite an inaugural gambit. Opening on a sparse electric keyboard and insistent drums, Conor Oberst (for Bright Eyes is he) leads us through a dark, woozy waltz.

The story tells of a young, violent one-night romance. "_I want a lover I don't have to love/ I want a girl whose just out to give and fuck/ I am the kid with the chemical eyes_" intones Oberst menacingly.

Mutterings are abound that Bright Eyes is a faker, a story telling charlatan. If so, then he has me sold. But does it matter? A man who can bring such exquisitely damaged stories to the fore should be encouraged for his narrative qualities, not scolded.

It sounds like a young Bob Dylan at his angriest and lyrically dextrous. It's also incredibly gothic in atmosphere, the sense of impending doom is overwhelming, helped by the crescendo of stabbing violins as the track collapse under the weight of its own drama.

"Life's no storybook, love is an excuse to get hurt... hurt me" beseeches Oberst. Bright Eyes is suffering for his art. Pay him his dues.