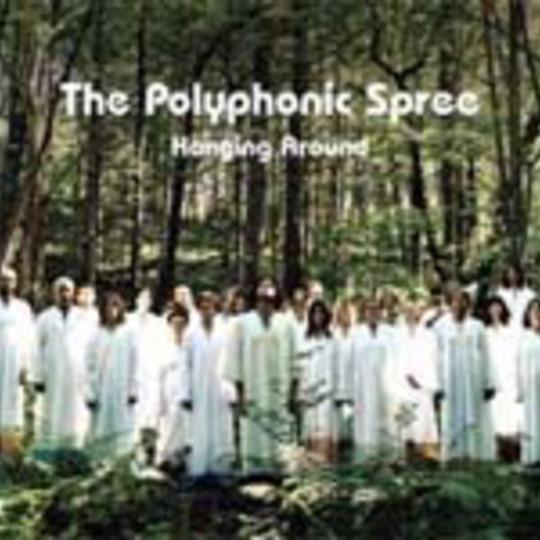 It ain't rocket science. The Polyphonic Spree approach to songwriting is exemplified in 'What We Will Be', the first of these three live recordings - and no, don't make that face; this isn't the kind of grubby fuzzy four-piece live recording generally slopped onto B-sides to placate the hordes, it's the method of hearing an enormous berobed horde of quasi-orchestral minstrels that makes the most sense. They are the human factor writ large and indeed all over any attempt at practical interpretation. Anyway, it's a simple riot: one singer, one catchy phrase, everyone else joins in, more or less in tune. And after - ooh - three minutes or so, they all stop. Imagine. There aren't many words, but then there isn't exactly a gaping hole to put them in, what with all the harpists and pan pipes.

And it's great. Rolling credits to the film in your head great. Sunny Friday afternoon great.

The Polyphonic Spree are the perfect antidote to every cool, streamlined, polished, groomed and otherwise digitally remastered thing available to mankind. It works uncannily well even where it should become repetitive, like a school concert reconvened for grown-ups: 'Hanging Around' takes three and a half minutes to resolve into a perfect joyous pop song, but does it matter? Not a jot; the fun's in the journey. TPS aren't inventing the glee of producing a mass anarchic racket out of nowhere, as less cultish choirs the world over will tell you; they're just irresistably good at letting everyone know about it. So doubt everything at least once, except this.