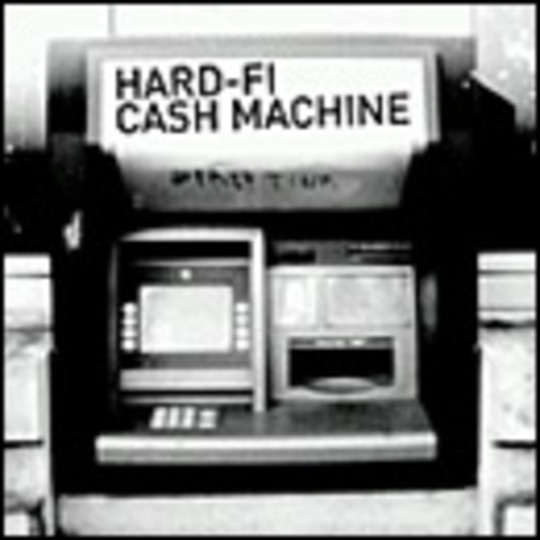 Hard-Fi's debut single "Cash Machine" has an interesting bassline, an almost catchy chorus, and a whole load of nothing much else. It's like they mixed Blur, Pulp, The Specials,* and Zane Lowe* in a blender then poured it through a sieve to remove the interesting bits.

Cash Machine' isn't a particularly offensive record (well, except for that Gorillaz patch on their keyboard) but there's not much to recommend it, either. Richard Archer**'s Albarnesque vocal delivery seems to think it's dripping with funky disdain but it really just comes off as forced attitude. For all the band's talk of being West London minimum-wage gunslingers, this single utterly lacks passion and originality. It conveys nothing of the environment they claim to evoke. B-side '_Sick of It All' hums with ska influence plus the added bonus of feedback-laden vocals and facile lyrical hooks.

On the other hand, if you do like it, track two on the single is a karaoke-style remix so you and all your friends can jump fences at Heathrow in Margaret Thatcher masks and sing your little hearts out while waiting for security. Rock and roll.