Same Way, Every Day (Biting The Soles Of My Feet) 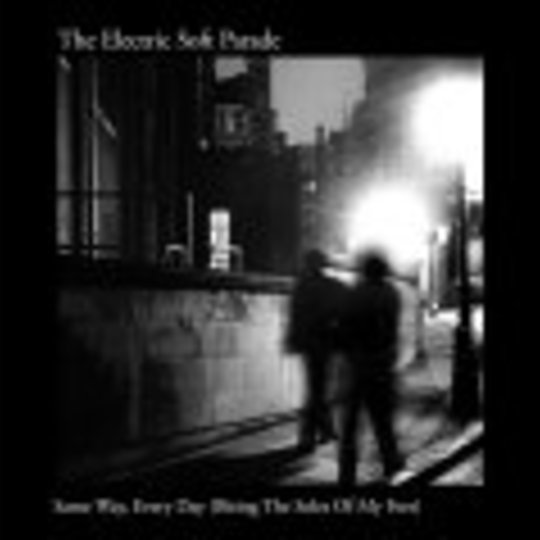 Pitched somewhere between the buzzsaw urgency of Ash and the rain-swept dolefulness of Idlewild, ESP’s particular brand of solid, if unspectacular, melodic guitar pop seems destined to soundtrack Andrew Lincoln’s bicycle ride to work on a future episode of ‘Teachers’. And no doubt it is also echoing through many a Halls of residence as we speak (so to speak). For the Brighton band occupy the centre ground when it comes to populist, radio-friendly indie. The music, though it veers from choppy power-pop to a gentle jangle at any given moment, recalls everything from The House Of Love to Teenage Fanclub, though never quite living up to the sum of it‘s parts. The vocals, on the other hand, are more from the Bunnymen school of moping about in raincoats-style ‘glum’.

The end result is a perfectly fine, middle of the road, hook-laden backing to a lyrically vague ode to studenty shiftlessness. “As the day came rushing in I realised what I could have been” they moan as if slouched on a couch with microwave pizza crumbs down their Cooper Temple Clause hoodie.

And, no doubt, this, or something very much like it, will provide the long-awaited death rattle for Lammo’s ‘Evening Session’ dull-fest. Something to look forward to, then.