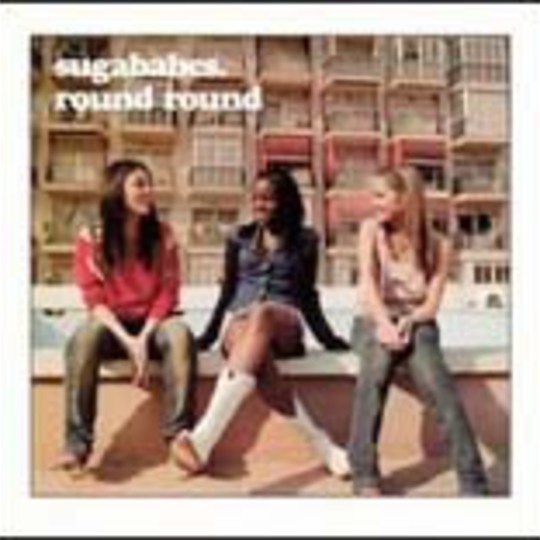 People talk to me about the Sugababes. I'll sit in the grimy, grey pubs I sadly inhabit, and friend after friends of mine will wax lyrical for hours detailing the precise reasons why the Sugababes are SO much better than all other manufactured pop were force fed. But then I look at them. Three faceless, moody girls, all text messaging and Heat Magazine and giggling at nervous boys from the year below in the High Street, and I think NO. I'm not having this. This is not how Pop should be.

But then came 'Freak Like Me', an unashamedly great record. "You see??", my friends said, "They're SO** much better!" I was starting to fall under the spell. I feel saved. 'Round Round' is the kind of bland, directionless, dull pop record my friends (and probably your friends) are certain that the **'Babes will never sink to.

The off kilter fizz and spark of 'Freak Like Me' and 'Overload' is replaced by conveyor belt song writing, unadventurous production and disappointing vocal performances. Only the drastic, slow tempo middle eight is of any worth, a sober awakening, a cold bolt from the blue, a reminder of just how bland the rest of the song is.

Hate To Say I Told You So.