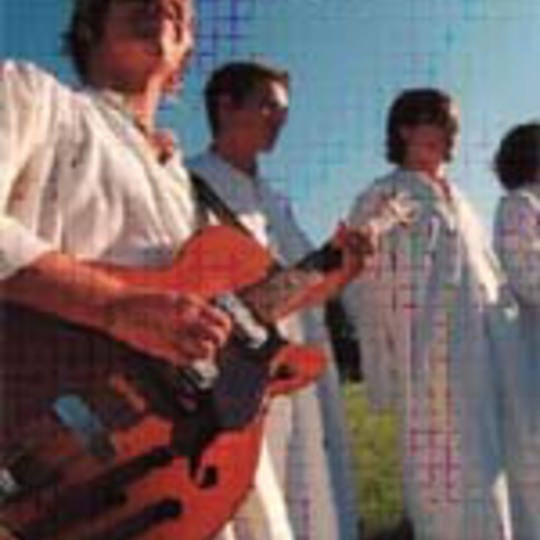 ‘De de de de-a lidle-ee!’ – from the moment the old fashioned sounding pipes (you can almost imagine the cast of Pride And Prejudice dancing to them) kick off this record, you’re in for a sublime, if slightly eccentric few minutes.

Polyphonic Spree, with all of their 25 members, have made a gloriously uplifting summery song, based around the cry of ‘I’ve found my soldier girl / she’s so far away / she makes my head spin round’. In fact, never mind based around, that’s pretty much the entire song – working out as roughly 0.6 words written per member, I think it’s likely they paid more attention to the tune then the lyrics. And frankly, that melody, if a little simple, can’t really be faulted, conjuring up images of lazy summer days by the singer’s apparent euphoric joy that he’s managed to find his ‘Soldier Girl’.

Could it be that they’ve written a summer anthem? Well, almost. Pleasant as the tune is, the song could do with more than the same few notes repeated over and over again. The song doesn’t really seem to go anywhere – after the pipe fuelled intro, it becomes simply chorus after chorus after chorus, giving the forewarning impression that listening to Polyphonic Spree rave about his soldier girl will soon wear thin and it won’t be a huge hit with radio listeners.

At the moment, however, having only heard it relatively few times, I personally will be very happy to turn up the radio very loudly and sing along with great enthusiasm when it comes on (all the while wondering what on earth a ‘Soldier girl’ actually is - anyone?).