You Held The World In Your Arms 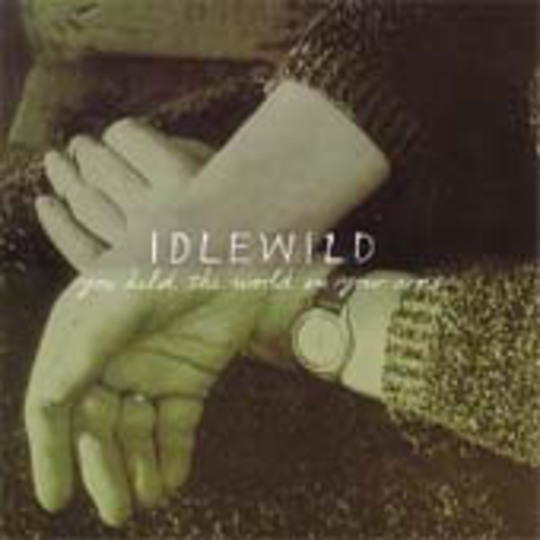 After what seems like FOREVER, Idlewild, (handsome-art-punks-from-Scotland-who-quite-like-The-Smiths for the uninformed) are back with a new single - praise the lord!
'You Held The World In Your Arms' is the first track to be plucked from their new album and let's just say it's a bit of an ass-kicker! By the third listen it will make you want to country dance and stomp through autumn leaves and jump in puddles and punch the air. It's like sonic Aftershock. You hear it for the first time. It's quite nice. Makes you feel a bit warm and twinkly. And then - BAM! Your heart's on fire! It's GLUED to your stereo! It turns into the best song you've ever heard! Big HUGE violins that sound like The Corrs at their most POP and swirly guitars and drums that sound like horses galloping!
But then, at the final hurdle, they go and bugger it up don't they?! And it was all going so well! Get this - at the end of the song, there's a sexy, MIGHTY bit of feedback. The sort of feedback that conjures up images of sweaty, exhilirating, primal, hi-energy, live, live, LIVE rock and roll. AND THEY GO AND CUT IT OFF IN IT'S PRIME!!! The little tykes don't even fade it out! SCCCRRRREEEECH. Stop. Silence. Pah!
But still - a bobby dazzler non-the-less.

Everybody Sees It On My Face