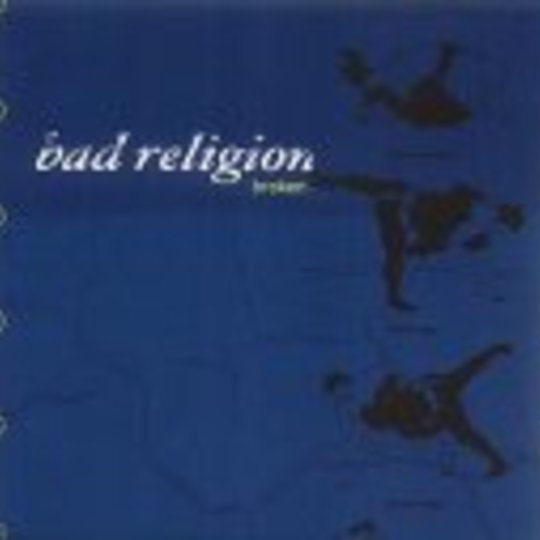 I’ve never really seen the point of punk rock singles personally. With the exception of the sheer class of *Green Day *they barely scratch the scrotum of the UK charts (surely I don’t have to debate whether all those *Sum 41s *and *Blink 182s *are ‘punk’.), if at all. And considering the actual costs of manufacturing and distributing them all in comparison to the peanuts they make back from the few hundred sold it all just seems a bit silly.

Well, here’s Bad Religion *having a stab at it again with this harmony-ridden mid-tempo number taken from their hugely successful ‘comeback’ album _‘The Process of Belief’_*. Although it’s maybe not my choice for a single it’s still a brilliant example of a band who’ve been crowned godfathers of the Californian punk scene and influenced countless imitators over the years. Also on the CD you get a previously unreleased track ‘Shattered Earth’ _– which could easily match any of the songs off TPoB, with an urgency and dramaticism that’s helped form BR’s unique character – as well as the album’s stand-out track _‘Supersonic’ _and a video for _‘Sorrow’.

Well… I guess it’s not so bad a deal then after all.