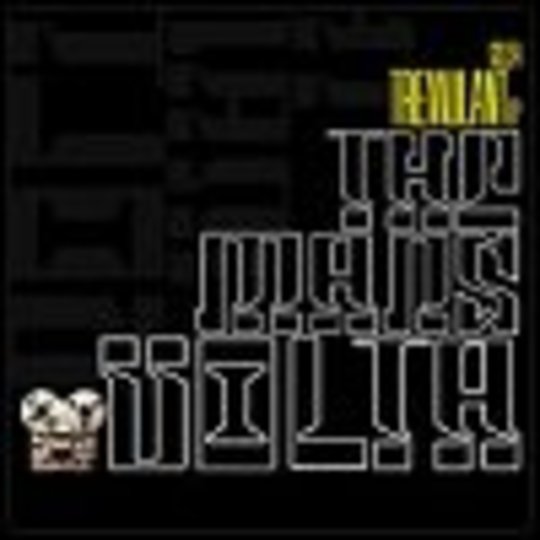 With the At The Drive-In split (sorry, hiatus) there were no two ways about it; if you were a hardcore fan (is there any other way to be with ATD-I?), you had already decided whose side you were on. Many will try and dissuade you of this fact, but listen carefully and you’ll hear them mutter something depreciating about afros, or a snide comment about over ambitiousness. Either way, the impending releases from the spawned projects were going to create tension and ridiculously large scaled debate, regardless of the actual music.

And here we are, however many months later... First came the names (for the record, I think The Mars Volta is cooler), then came the gossip (aspirations to become Foo-esque? Go Jim!) and now, finally and most importantly, comes the music. Now, I may be biased, fuckit, of course I am – I love Jim Ward, but I initially had the most faith in Sparta. The demos available on the net sounded awesome, he’s passionate about what he does and really wants to make a difference, which is the only thing I care for really. Then there’s the venomous Cedric and Omar, spouting views that seemingly served to alienate At The Drive-In fans, flouting their ‘lo-fi’ (or ‘shite’) band around and generally acting like bonafide arses. So, I was suspicious about my Mars Volta purchase. But, it needed to be done.

And so, with eager anticipation, I put the damned thing in the cd player and Cut That City floats out of the speakers; all sporadic drums and hissing for the first 2 minutes. And just when you’re getting cosy, it bursts into some funk-like off-kilter tuneage. Nearly fell of my seat, as a matter of fact... Ahhh, that yelp. How I’ve missed it. This song is So not ATD-I, and I for one am so fucking glad. It’s meandering and vicious and has got so much going on in it, like a sort of (barely) controlled chaotic fiesta, with better guitar players and a tendancy for dramatic dun dun dun riffs.

A word of advice: don’t listen to Concertina on repeat when on the night bus home alone. But then again, repeat is the only way forward with this track. It’s fantastically eerie. The guitar riff gives me shivers, in the best way possible. It builds up epically (as all good songs should), and excuse me for being over-emotional here, but it feels like your heart is going to burst. The best stuff makes you ache, like your insides have become very heavy indeed, which is what this song inspires. The most dramatic wall of sound I’ve heard in a long while, I’d recommend this EP to a stranger on the street just for the mere perfection of this song.

Eunuch Provocateur is, like the other tracks on this EP, an unassuming mini epidemic, a colossal combination (fusion, if you will) of drum n bass, reverb and contorted rhythm that reels you in and simultaneously spurns you with it’s frenzied tempo. But that’s why I love it!

Some people call The Mars Volta ‘arty’; why, because they’re not a safe option? Because they might force you to re assess your preconceptions and separate the musician from the music? Because they’re good? Let’s leave it at that, shall we.