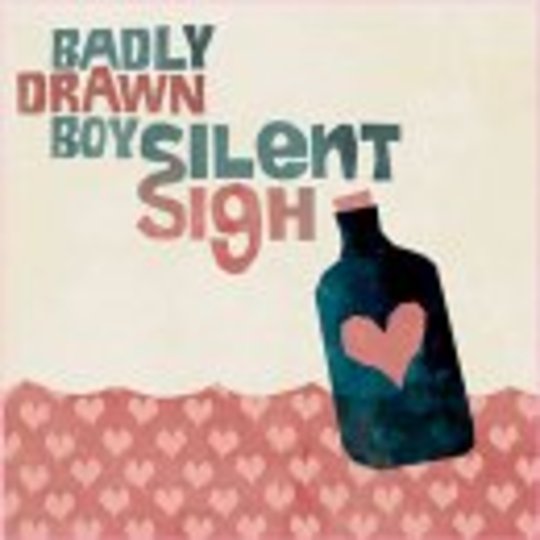 And so the world domination of Damon Gough begins. This is the first single to be given a full release from the Badly Drawn one's 'Stop-Gap' album. Some stop-gap the soundtrack to a Nick Hornby adaptation starring Hugh Grant is!

With the curse of the Mercury Music Prize hanging over his head, and his fans worried that their hero was 'selling out' to Hollywood, meant this was a testing time for Gough.

Well as a taster for 'About A Boy', it seems neither the fans nor the man himself have anthing to worry about. Who cares about Huge Grunt when the music's this good? Produced by Tom Rothrock, the man behind Beck's 'Mellow Gold' and Elliot Smith, 'Silent Sigh' is a beautiful piano ballad with the always reliable Joey Waronker (another Beck connection) on drums.

I defy anyone to not hum along to this after a few listens, its as catchy as 'Disillusion' and ten times more original then the average chart fodder and the acoustic version is absolutely gorgeous.

Stop-gap? Oh, to have this much talent.