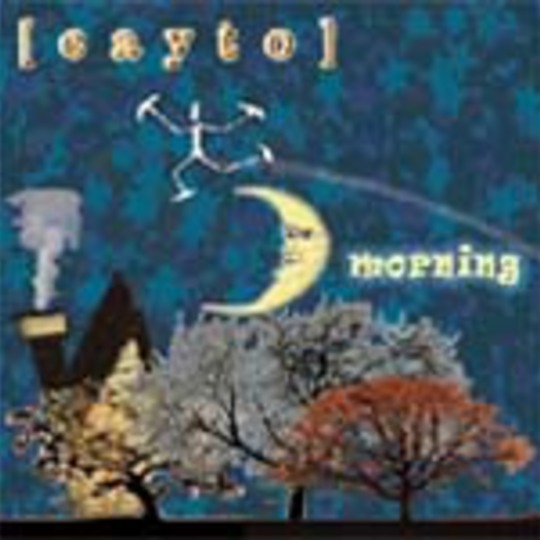 They say there are two sides to every story, and where this single is concerned the hammer couldn't have made a more succinct connection with the old nine-inch scrub of shrapnel.

The title track, 'Morning', boasts the most haunting piano riff since Gorky's' 'Sweet Johnny', while it's prophetic lullaby would work wonders against Satan if Mogwai were to ever re-embark on that particular piece of work and add lyrics.

Flip the seven-inch over and you're greeted with the splenetic bombast of 'Warning', a homogenic relative of both Idlewild's 'Chandelier' and Sonic Youth's 'Silver Rocket' that sounds like it was recorded in Steve Albini's wrought iron coal bunker and siphened through the drains.

Having followed the trail from Glasgow with consumate ease, Cayto look well on their way to establishing themselves alongside the likes of da 'wai and da 'wild.

The burning question is, which route do they ultimately take?