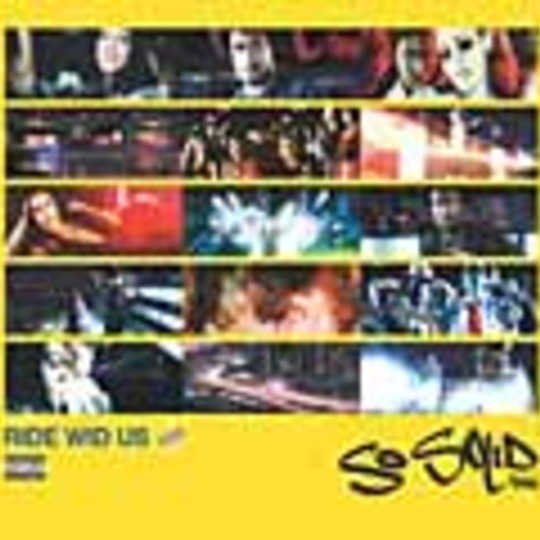 After the emaciated, sterile garage-lite of '21 Seconds', I'd just about given up on So Solid Crew, despite the hail of critical acclaim that met their debut album. More recently, though, a slew of records with 2-step beats, most notably those of Four Tet, Manitoba and Squarepusher, have writhed into my consciousness and refused to let go, wilfully perverting garage norms to superb effect and providing a fresh, energising alternative to drum 'n' bass.

'Ride Wid Us', the latest single by So Solid Crew, is every bit as good as those aforementioned avant-garage tracks, albeit without the underground credibility that comes from listening to them. Riding on an admittedly overly familiar sample from Knightrider, it fairly bolts along on a skewed plethora of garage-meets-ragga beats, building to some genuinely startling bouts of machinegun rapping. It's like Timbaland kidnapped and forced to absorb every last drop of latent violence dripping through the gutters of South London, and it's breathtakingly exciting for it. Drop your prejudices, and ride with this.