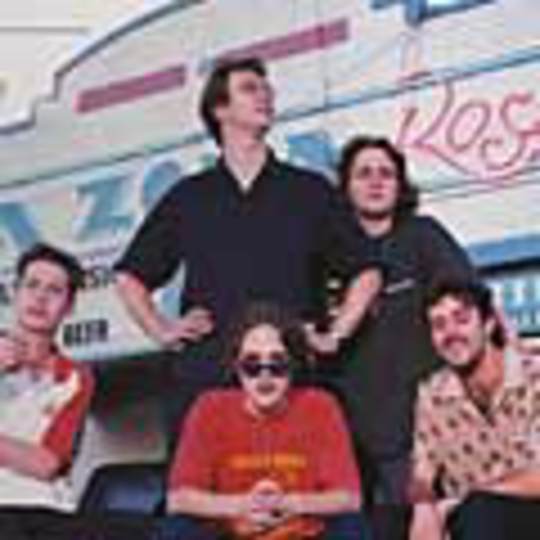 In the words of that great idiot savant Forrest Gump: “Life is like a box of chocolates, you never know what you’re gonna get.” Gomez singles, on the other hand, are like a tin of baked beans: you know pretty damn well what you’re going to get. Laid back blues riffs, sing-a-long choruses and Ben Ottewell’s unmistakeable gravely tones, in most cases. Not exactly cordon bleu, but they’ll do for a quick snack.

However, ‘Shot Shot’, the first single off the Southport five-piece’s third album-proper, ‘In Our Gun’, differs from their usual output in two not-so revolutionary ways. One, it’s faster. Two, it doesn’t have a big chorus.

Kicking off with a twanging, insistent acoustic riff, ‘Shot Shot’ is jazzed up with a quirky horn motif that sounds like it was stolen from a daytime TV show about wacky interior decorators. It’s a beguiling choice for a single – clocking it at just under two and a half minutes, the song is over almost before you’ve noticed it.

‘Shot Shot’ has a quaint charm, but you can’t help hoping there’ll be more substantial fare on the album, which, judging by this offering, will have a rockier edge than ‘Liquid Skin’.