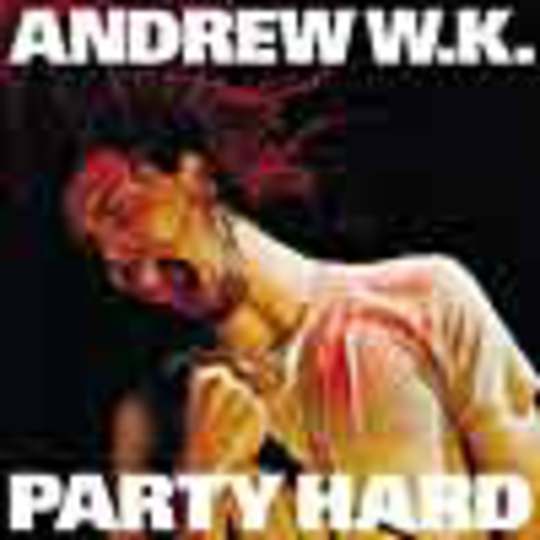 Last time someone released a single called *“Party Hard” *, it was Pulp, and they were being Ironic. Irony is something that passed Andrew WK by, bigtime.

Andre W(an)K is the latest is a long line of inoffensive, mildy controversial yet somehow acceptable to the mainstream (needing something new to sell papers and airtime) so-called ‘rebellious’ artists. Like Slipknot, he trades on hype, and very little talent. Yeah, he can write a catchy hookline, but this is insubstantial, instant satisfaction material.

And worst still, it sounds 8 years out of date. A cross between Carter USM and Clawfinger, with Blaze Bayley on vocals, only worse. Much worse. Its got all the sincerity of a paint commercial or a coke advert…almost designed to provide an outlet to teenage rebellion. File under “my first metal single for Steps fans”…

And Drummer Don Tardy of Obituary must be wondering what the fuck he’s doing having plunged from pioneering metal acts to these depths of commercial, pop music with loud guitars, no brains, and even less integrity. Its slick, polished, the Bon Jovi for the new millennium. For God's sake, it makes the Carpenters sound alternative….

If you love music, AVOID this sonic piece of commercial shit. Go listen to a record that means something other than dollar signs to millionaire A&R men..