Supine On The Astroturf EP 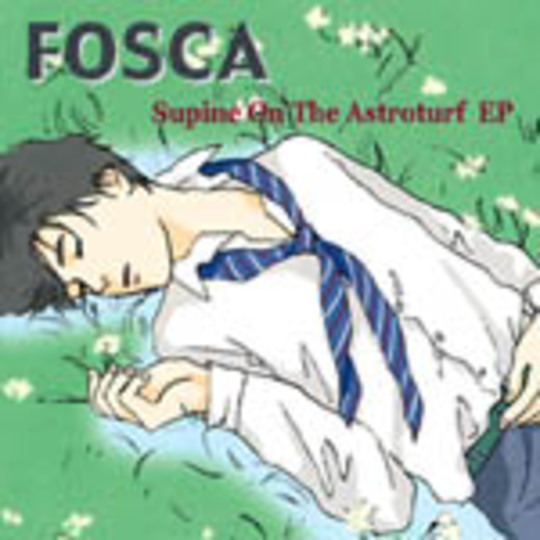 This much we know:

The advent of the success of The Stone Roses and the Happy Mondays in the early 90s led to a decade where ‘Indie’ would no longer exclusively refer to small, relatively unknown ‘underground’ bands, cult bands. Indie came to incorporate a wider and more commercial range of music. It now embraced any and just about every white-boy guitar band going.

Indie changed not just because many of the Indie labels were being swallowed up by predatory major labels wanting to cash in on the, suddenly, lucrative and kudos heavy ‘Indie sound’ (remember all those ‘Shine’ compilations with minor hit singles by Kula Shaker, Shed 7 and the like? Ugh!), but because the 90s guitar bands had no interest in the Indie ethic. This ethic in the 70s, 80s and early 90s was to be, duh, independent of the mainstream, and to be part of a whole subculture of it‘s own. This usually and most noticeably manifested itself in the Fanzines, the collectable, two-band 7” singles with hand-drawn artwork, love of and reference to obscure music, literature, art and the general outsiderdom of it all.

But no, the guitar-slingers were more interested in re-creating Faces guitar licks, lifting parts from Sweet tunes and, most important of all, becoming big. The Biggest Band In The World preferably. They did not want to be outsiders.

Now then. Fosca are outsiders. No question there. They are a spark shot out from the 90s ‘Orch-Pop’ catherine wheel - y’know, the string-heavy, sumptuous sounds of My Life Story, Tindersticks, Jack and Orlando, the last of which, singer, Dickon, was a member. They are also a carry-on (they‘re a very Carry On kinda band) of the tiara army that sought glamour in the everyday and marched alongside bands like Kenickie, Richey-era Manics and even Pulp

‘Supine On The Astroturf‘, though, is a day-glo Euro-Disco number. Incessant and striped-candy sweet, it bounces along to a tale of School-day trips to the municipal swimming pool: “Boys shall bomb the deep end / girls shall keep their faces dry“ whilst Dickon only wants to flop down on the lawn outside - preferably with the swimming instructor.

Imagine Belle and Sebastian had grown up listening only to the insane, gaudy Euro-Pop they have on Eurotrash - the only good part of the show now Jean “Ello, my British chums!” Paul Gaultier has left - and you’ll have some idea. Yes, it’s pop confection and fans of over-earnest, stool-bothering bands are best advised to steer clear.

Other tracks on the EP are more subdued and more concerned with Dickon’s love of [being the] outsider. ’Square In The Social Circle is where he approvingly tells the tale of a loner and their unwillingness to ’join in and get on’ as well as celebrating their wilfully indolent lifestyle: “Days of only leaving for the cornershop / then it’s back to bed / dropping cake down your top”

On ‘My Body Isn’t Me‘ Dickon sounds like a less mannered Jake Shillingford in a song about physical self-disappointment, a fantastic track which has the all the vaunting, humorous, love/hate self-obsession of prime Morrissey: “So change this mirror - well, IT’S LYING!”

Yeah well, so it won’t get single of the year in the music press (or even single of the week for that matter) and it’s not exactly the Soft Cell playing The Smiths they would like it to be, but I like it, it made me smile.

Moreover, in the drab, malnourished, ersatz ‘soul’ climate of today’s music scene, Fosca play outsider anthems for those in need of wit and sparkle .

Want to join them? Step outside.