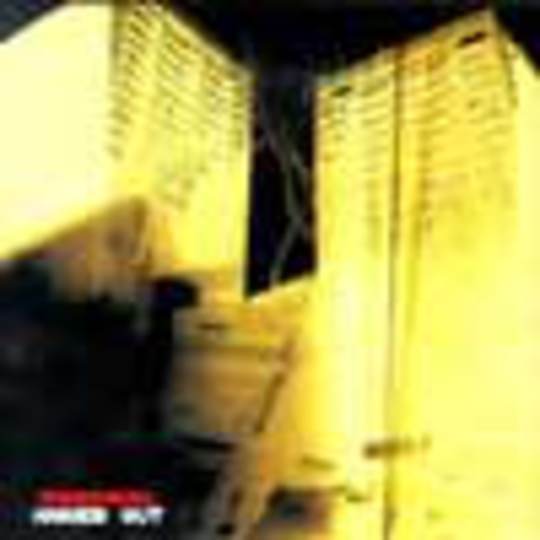 What hath BritPop wrought? By the mid-nineties ‘Indie’ turned turncoat and allowed itself to become assimilated into the chart mainstream. It had released its weary, yet once steadfast grip, and let itself be lulled, be pulled under and along by Pop’s soft but mighty currant. The relief was immediate. A dash, a flash and like pit ponies finally released from their subterranean world, Blur, Supergrass, Pulp and Oasis gambolled and frolicked on Pop’s bright, sunlit pastures. Others followed suite, and amongst them, wearing inverted-clown smiles: Radiohead. The histrionic BritRock sound of ‘The Bends and ‘OK Computer‘ tweaked the ears of those who needed, who pleaded something more than BritPop’s mockney knees-up. And as the legions of mono-name Indie-popsters raced across the mainstream map, it provided some heart and soul in favour of BritPop’s all mouth and no trousers. Equal but different, Radiohead still ran with the herd.

The ‘Cool Britannia’ scene quickly grew stale, the bands under it’s banner now a homogenised lump. Party over, the mood darkened as Blur, Pulp et al all suffered hangovers. But the damage was done.

“You forget so easy“

Burned out by their success, Radiohead saw a way out, a way through, a way forward, they veered from the muddy, well-trod path into the high grass. ‘Kid A’ a fragile and Warped gem eventually emerged. Thom murmuring as if in a fevered dream; the band sounding as if enveloped in an ethereal mist. It evoked a strange melancholy: a grey sea sliding onto a dawn shore, a lone child's glove covered in frost, a stone angel in a rainy cemetery.

But what of a public now used to the ugly, pub anthems of the Oasis / Robbie Williams / Ocean Colour Scene axis? All sing-a-long choruses and charmless bawling, no room for subtlety here. Moreover the ’Indie’ audience’s taste, post-BritPop, had become so weakened, it’s sights so pathetically lowered in expectation that any step away from the ‘classic’, four-square vocals/guitar/bass/drums set up is immediately viewed with suspicion. The case against ‘Kid A’ goes that Radiohead went all ‘we are weird’ and wilfully obscure on us. Others, however, had a different take that went: “Huh, rh* think they’re being experimental - _but *Warp do this much better!_‘ (they can’t pull the wool over your eyes, can they?). Whichever way you cut it, this bellyaching is nothing more than depressing, future-hating philistinism.

Truth is, Radiohead never set out to pander to an already well catered-for guitar loving audience, nor did they attempt to create a whole new music from scratch to delight the musoes. They just continued on their own, individual path.

“Look into my eyes, it’s the only way I’m gonna tell the truth“

Following from the unlikely Top of the Pops success of the stately, piano-led ballad, ‘Pyramid Song', Radiohead have a new single called ‘Knives Out‘. It’s taken from the album ‘Amnesiac‘, which is only half as good as ‘Kid A but twice as good as most other rock records released this year. Or any year.

Thom has described it as a song about cannibalism but let’s just say it’s open to interpretation. The words - for once - aren't that important here, though Thom's oblique, dark poetry is again ripe with gothic fairy-tale imagery, conjuring a mood rather than simply, y’know, singing about something. ’Knives Out’ is really - actually - Jonny Greenwood’s exquisitely crafted love-letter to The Smiths. The way the chiming guitar gently tumbles and falls through clouds, capturing precisely the romantic disappointment, that wistful ache of The Smiths in a way that the scores of Smiths-copyists never did. As such, this is the most ’conventional’ sounding track on a jittery, slithery-sounding album, but, perhaps like the heartbreakingly beautiful ‘*How To Disappear Completely *‘ on it’s Kid sister record, it is a debt paid. An acknowledgement. A thankyou.

What I like about Radiohead is that they are serious. And we need serious. We do. We need a break away from the facile, the ironic, the lightweight. Why? Because there is so much of it. We are saturated! We are choking! We need someone to bring on the thunder and rain, to wash the dust and the dirt away. We need to pull them snugly around our necks as a scarf and smile to ourselves as we stand in shop doorways and watch everyone race for cover. Or to shelter under a tree and watch the rain turn the lake into a trembling mass as the yellow is pulled down from the sky, replaced by red. And anyway, who’s going to notice tears when it’s raining?