I'm A Lover Not A Fighter 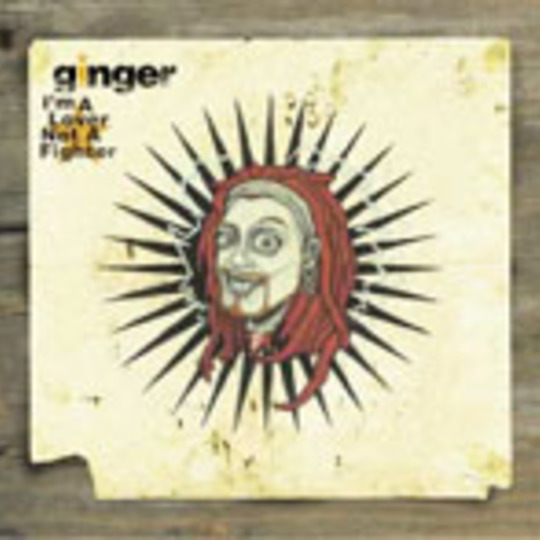 It's a remarkable and little known truth, but a truth none-the-less, that Ginger has never released a bad song, and current indications are that he never will. As if to test out this hypothesis, for his first truly solo venture the man has decided to release 12 three-track singles within the space of 12 months. This, more than anything, will put Ginger's songwriting skills to the test.

The good news is that this, the first release in the series, is excellent. Here are three tracks which span three different musical moods: the title track, originally written for the Backyard Babies, is a piece of energy-fuelled rock'n'roll; 'Don't Let Me Die Lonely' comes across as the close relative of mid-tempo Wildhearts ballads such as 'Bad Time To Be Having A Bad Time'; while 'Thailand Uber Alles', complete with Ginger's wonderful lyrical wit, is a more up-beat and bouncy number, along the lines of 'Stupid Things' or 'Just In Lust'.

In many ways, then, this is classic Ginger: hardly a development from the work of The Wildhearts, but easily on a par with some of their most celebrated material. Probably the most refreshing thing about this release is the simplicity of the production and delivery - while much of Ginger's recent material has depended in some way on masterful production techniques, in this respect 'I'm A Lover Not A Fighter' is reminscent of some of the very earliest Wildhearts material, where the songs are left virtually bare, to speak for themselves. When coupled with Ginger's now much-improved singing, this makes a fantastic reversion, and yet again shows just how much superiority those who spontaneously go into the studio and get the job done have over those artists who use special effects to hide the fact that they simply do not know how to rock. Once again, as always, this is a valuable lesson in the art of rock'n'roll.