The Man Who Told Everything 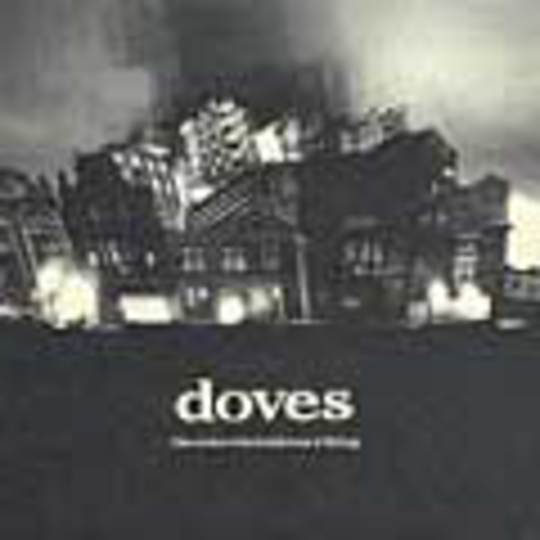 Disappointing number from a band capable of so much.

When a band releases a debut album as good and as beautiful as that of ‘Lost Souls’, and when their single releases include something as enchanting and as magnificent as ‘Cedar room’, you begin to expect a lot. That expectancy is sadly and almost predictably disappointed with this, the latest Doves offering. Ok so I thought ‘Catch the sun’ was a blip, a wee stain if you will. It may not have been my most favourite of songs, yet I could still see its attraction as a single release. It was catchy and its feel good factor reached sky-high levels; it just seemed to epitomize summer. But this song well...It’s dirge to say the least. Jimi Goodwin’s voice is far from complementary on this record; right from the onset you’re just screaming for it to end. The opening line drones lifelessly at you, engulfing your head like a bad headache, this song is nothing more than an aching pain gnawing away at you. Towards the latter stages the song does improve in tone and set-up but no… Quite simply this song was a mistake.

Having said that the B-sides aren’t much cop either. ‘Your Shadow Lay Across My Life’ is seemingly upbeat and starts promisingly, then the vocals kick in - oh dear. Featuring Jez Williams as the lead vocalist, this song is appalling: he simply can’t sing, so much so you are actually relieved to hear the familiar off-key out-of-tune ramblings of Jimi, which in this case is certainly saying something. The tragic thing is this song could have sounded alright if it weren’t for the terrible vocals.

The final track is a live recording of ‘Rise’. I’ve never rated Doves very highly as a live band, they come across dull, lifeless, cold and certainly musically bland- this live track is no exception, in truth it sums up Doves as a live band. As with the other songs on this CD, the musical context is more than pleasant, in fact in this case it is actually really nice but yet again uninspiring, bland, off key vocals turn this potentially good song into something bordering on the awful.

Sadly this single is best avoided, I wasn’t impressed, maybe I expect to much- sadly this expectation is no where near met by this bland and droning single- better luck next time eh?