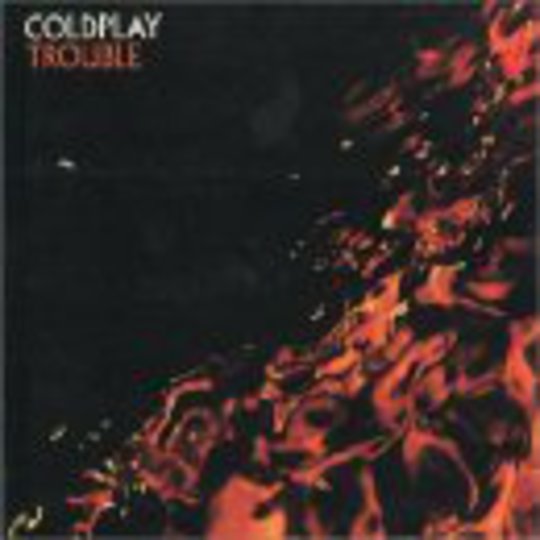 3rd single to be taken from No. 1 debut album ‘Parachutes.’

Timing for the release of this single couldn’t have been better (bar coinciding with Spice Girls single release that is). Released corresponding to the end of the sell-out UK tour, ‘Trouble’- possibly one of the strongest moments on ‘Parachutes’- is set to storm the charts. This recent success of Britain’s brightest musical hopes can be attributed to the music, with Coldplay it’s not all about image and gimmicks- it’s simply about great songs- and this is certainly no exception.

‘Trouble’ finds Coldplay in true melodic form, with the main structure of the song revolving round gorgeous piano meanderings, and fine vocal ambience. A pensive yet unambiguous song, ‘Trouble’ envelopes you in a haze of subtlety and genuine emotion. Chris’ vocals, (especially in the final choral moments) are powerful, yet equally calming and when combined with the grace and compassion of Jonny’s guitar work the result is nothing short of stunning. Meanwhile Will’s highly accomplished drum programming and Guy’s well-worked bass sounds add clarity and dramatical emphasis almost in effect lifting the listener. Throughout the song ideas of naïve emotion and genuine honesty are in abundance, it is soothing in both meaning and sound- quite simply a gorgeous little number.

The b-sides comprise of two previously released singles, both reworked, reshaped and certainly re-mastered. ‘Brothers and Sisters’- originally released on the highly acclaimed ‘Fierce Panda’ label in ’99 shows the greatest change of the two. Probably my all-time favourite Coldplay track, I had wondered what this re-working would produce, and in no way was I disappointed. It combines all the strong points of the original- the power, the emotion, and then takes them to new levels- developing and reiterating them in the best possible way. To me this re-mastering symbolises a new sense of increased band maturity in musical terms. Slightly faster in tempo and seemingly smoother in sound ‘Brothers and Sister’ Mark 2 is powerful in instrumental and vocal tone. The final production of this record can in no way be faulted, it is pitch perfect to the smallest of details- an area I feel shows great improvement from the original. ‘Brothers and Sisters’ in essence and in meaning is a simple song, yet it is possibly one of the most musical accomplished tracks that Coldplay have produced. Wavering, looping and sliding guitar riffs are combined with complex piano work, strong vocals, interesting drum patterns and bass movements that all fit together so well. The listener is grasped in its embrace right from the building- almost culminating introduction.

The second b-side comes in the form of the much-requested live version of ‘Shiver’. Recorded in June for Jo Whiley’s lunchtime social, this version is stunning. With the percussion absent, focus is firmly placed on some masterful guitar work, bass heavy to begin with, the combination of acoustic guitars (especially in the latter stages) is quite simply breathtaking. Complex yet uncluttered, this track shows Coldplay for the great musicians they are. Add to this Chris’ fine vocal form and you have possibly the greatest session track the show has put out.

All three songs show great individual strengths; proving once again that Coldplay as a band surpass all expectation.