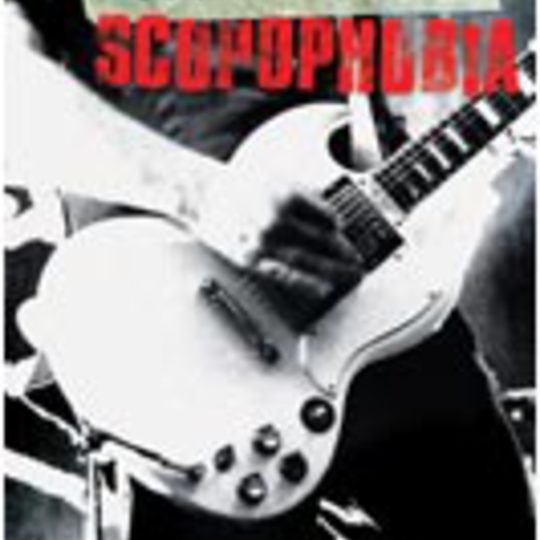 Belfast's Therapy? Have been rocking the world's stages for over ten years. From their first EP 'Babyteeth' through to this year's 'High Anxiety', they have consistently delivered the goods, even if critical acclaim has been somewhat varied. 'Scpopophobia' is their first DVD release, and it gathers up eleven promotional videos, spanning the band's career so far, as well as a homecoming gig from the High Anxiety tour earlier this year, and a not too intriguing Q and A session.

The gig, like most Therapy? gigs, is superb. Therapy? play their hearts out, and they do it EVERY TIME. In this time of hyped-up cod rock bands (hello Linkin Park), who seem to be in it for the quick buck, this is what we REALLY need.

The videos on the DVD are pretty standard stuff, mostly band performances mixed with dark imagery, The 'Troublegum'/'Infernal Love'-era being the exception, where the videos take a pretentious big budget approach which doesn't quite suit the music. The problem with promo videos is that band performances always seem false - you really need a good director with a good plot to keep you interested, and there just aren't enough good directors around. The exception on this collection is 'Lonely, Crying, Only', probably Therapy?'s most underrated single, where a beheaded Andy Cairns sings to his love from his living room floor before she returns his head to his guitar-wielding body by the track's finale.

Before its release, 'Scopophobia' was to feature a history of the band from beginning to now, using home tape footage, TV clips and plenty of fans' archive material - which promised to be a really good viewing, but for some reason this just hasn't materialised. Instead, we get a tour diary, showing the band on the German leg of their tour, and countless backstage footage. It leaves you feeling like you really needed to be there in order to enjoy it.

So, a bit of a let down by way of content, but the concert itself makes up for that, and anyone willing to part with fifteen quid to own it is in for an aural treat. Just skip the vids.