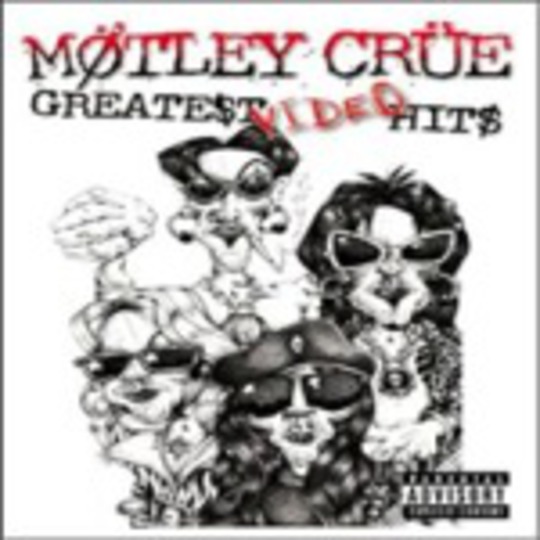 They came, they saw, they slept around.

Hmm, perhaps that should’ve gone in a different order. Ah fuck it, it matters not; the point is that Motley Crue were rock and roll from the early eighties to the early nineties, a period of war, famine, AIDs, and in the case of four mangy-haired LA misfits, copious amounts of lip liner and leather.

So Guns N Roses eventually stole their thunder; again, it matters not. Indeed, some of Motley’s best material, summarised here in promo video format, actually came out when the two bands were in direct competition with each other (look for the banner proclaiming that singer Vince Neil *can _"kick Axl’s ass"_ during the Crue’s slaughtering of _‘Anarchy in the UK’_). _‘Girls, Girls, Girls’_ and _‘Dr Feelgood’_ have stood the test of time surprisingly well, although their familiarity and instant danceability may have more to do with the spandex antics of *The Darkness than any genuine nostalgia. However, both will have you on the floor down your local grotty rock club quicker than you can say “Heather Locklear was a lying, cheating bitch.” Which she probably wasn’t – drummer Tommy Lee, speaking here in an exclusive interview alongside bassist Nikki Sixx, can barely remember last week, let alone back to a relationship of some years ago.

Other songs haven’t dated so well – even 1997s ‘Afraid’ sounds limp by modern rock standards, although its video, parodying the band’s insatiable lust for a bit of skirt by having them play inside _a skirt, looks perfectly slick. _‘Without You’, ‘Smokin’ In The Boy’s Room’ and the excruciatingly- cheesy ‘Looks That Kill’ _however look every bit like the relics they are – funny for five minutes, but you won’t be returning to them sober. As for the music, the numbers sung by Neil’s replacement for 1994s eponymous album, the Chris Cornell-like John Corabi, stand up well, with _‘Hooligan’s Holiday’ and ‘Smoke The Sky’ showcasing a harder edge that wasn’t there with Neil up front, but few other songs will hold the attention of modern day rock fans. The DVD contains six alternative videos, including a completely re-made ‘Home Sweet Home’ (featuring a porky Neil in the tightest shorts imaginable, and Lee sat, cowboy-hatted, at a grand piano), and a suitably flesh-filled ‘Girls, Girls, Girls’, which perhaps captures the band at their lewd best, packed full of Harleys, hustlers and whores – the forever sought after Motley’s American Dream (TM).

With rumours of a reunion rife following Sixx's admission that he would love to play live again, now is a perfect time for this retrospective to hit the store shelves. What today’s rock n roll followers will make of a quartet comprised of Pammy’s former hubby, a tubby ex-blonde, a guy that looks better in lippy than his girlfriend, and guitarist Mick Mars (who pouts his way through the early videos of this collection before becoming something of a background figure later on) remains to be seen, but this collection proves that, in their day, Motley Crue were every bit as dirty as they’ve since claimed to be.